Dr. Jill Biden was wearing "high-end, not-real jewelry," rather than a $14,000 couture necklace when she emerged from a plane in Charlotte during the Democratic National Convention, Politico reports.

Dr. Biden, wife of Vice President Joe Biden, raised eyebrows when she appeared to be sporting a Van Cleef & Arpels Vintage Alhambra necklace in Pink Gold and Pink Sevres Porcelain, which is priced at around $14,000.

Though Dr. Biden’s campaign spokesperson referred to the necklace as "costume jewelry," the Beacon's further requests for comment were not returned.

Politico reported Thursday that the necklace is a Fornash:

When I asked, I was told by a spokeswoman, "The necklace was a gift from her daughter. It's a Fornash. A clasp on the necklace says it is a Fornash."

Fornash makes high-end, not-real jewelry, and a necklace that looks like the one Dr. Biden is wearing in the picture is online. It's not clear why her team didn't just mention Fornash in the first place, but that's the latest on necklacegate.

After a thorough investigation of the Fornash website, the Free Beacon compared Dr. Biden’s necklace with the Fornash piece it most resembled (see below). The necklace appears to more closely resemble the Van Cleef piece shown below, but there are also visible differences. 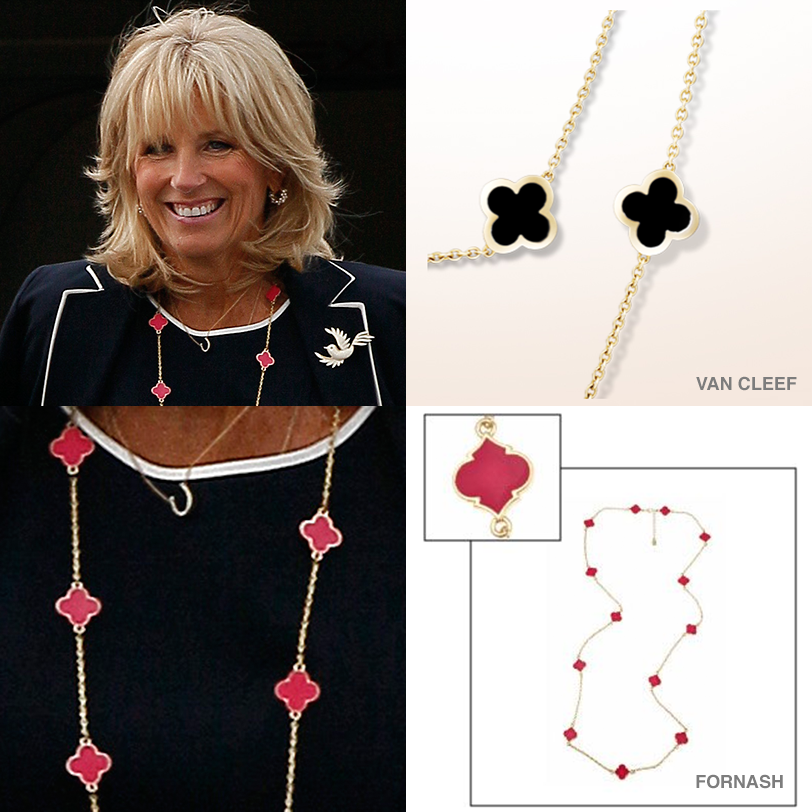 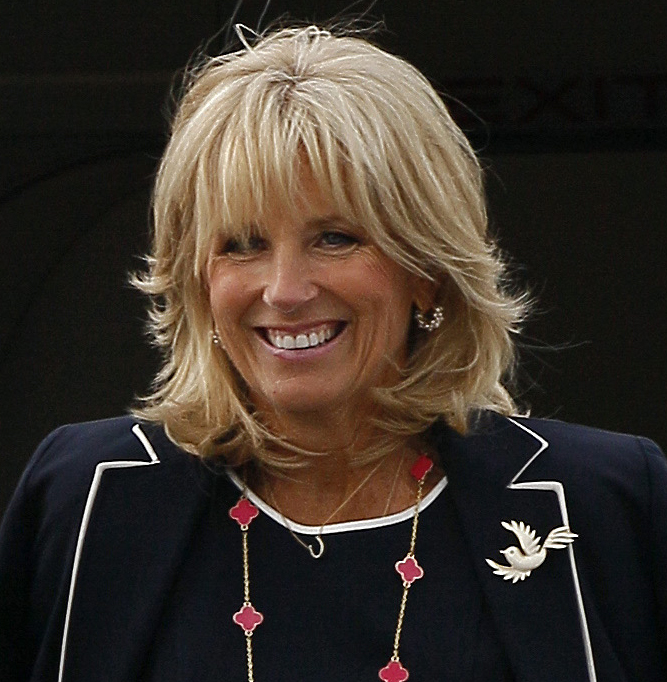 The Free Beacon will remain on top of this groundbreaking story.