Porter, a professor at the University of California, Irvine, is an expert on consumer protection law and banking. She has already secured endorsements from Sen. Warren and Sen. Kamala Harris (D., Calif.)

Harris hand-picked Porter in 2012 to monitor the distribution of California's share of a $25-billion national mortgage foreclosure settlement when she was serving as California's attorney general. "It was my job to hold those banks accountable," Porter told the LA Times.

"She will be just as relentless in Congress fighting against the powerful Washington special interests on behalf of our families," said Sen. Harris told the Sacramento Bee. 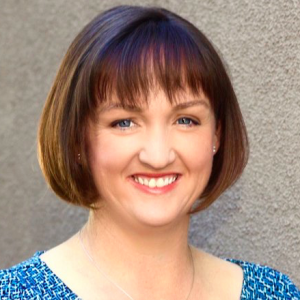 "I was one of the first people to sound the alarm about Wall Street abuses in the housing market," Porter said. "It was tough to get people to listen when I started that, but when the housing market crashed, everyone kind of took notice, and realized the banks had been engaging in widespread fraud."

Sen. Warren and Porter have an extensive history as well. Warren was Porter's Harvard Law School professor and the two co-authored a book on debt and credit law together.

"Katie is a fighter!" Warren said in a statement about Katie Porter. "She's been in the trenches with me fighting for families for nearly two decades — and she's gotten real results. She's fought relentlessly for important protections that safeguard consumers and force banks to give families a fair shake. There's no one I trust more to take on Donald Trump and the entrenched special interests in Washington on behalf of working families."

Porter gave an interview with the Los Angeles Times and claimed she wants to take the fight to Washington.

"I’m really running to do what I’ve always done, which is to stand up to special interests," she said.

On the same day she announced her candidacy, Porter attacked her opponent Walters on her voting record.

"She has a 100 percent track record of voting with Donald Trump and supporting his harmful agenda," Porter said.

Walters was elected to serve California's 45th District in 2015.

Anti-Freedom Party: Judge Who Refused To #FreeBritney Is Unelected Democrat