Mein Kampf is Adolf Hitler's 1925 autobiography, and, according to Scarborough, Acosta sounded like he was reading out of it in his attacks on Miller.

"Where things seemed to really melt down was when Jim Acosta talked, and we're certainly not putting this on Jim Acosta… You can watch the clip and choose sides," Scarborough said. "But when Jim Acosta used the language, ‘it seems like your policies are trying to engineer racial and ethnic percentages' or something, it sure sounded like something that you would read out of Mein Kampf or something… at that point it went off the rails."

"This is why people hate the press," said panelist and Washington Examiner columnist Tim Carney. 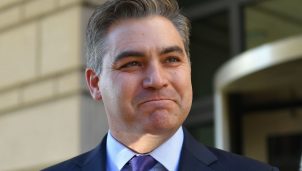 CNN’s Jim Acosta: Great at Making a Scene, Not So Great at Actual Reporting 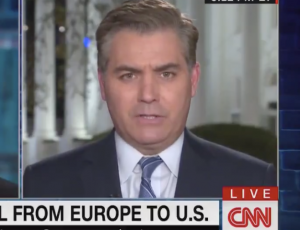