Several outlets reported on Sunday that Kushner was visiting Mosul on invitation from the chairman of the Joint Chiefs of Staff General Joseph F. Dunford Jr. Among those outlets was Reuters.

Later in the morning at 8:29 AM ET, Reuters published a second story re-reporting that Kushner was in Iraq. "Trump's son-in-law, Kushner, flies into Iraq with top U.S. general," the headline read.

The second version of the story quoted Dunford directly. "I said, 'Hey, next time I go to Iraq, if you're interested, come and it’d be good,'" he told Reuters, saying he invited Kushner weeks ago.

Then the second story disappeared around an hour later. Clicking on the link took readers to a completely different story headlined "Brothers in arms: Iraqi armed groups grow as Islamic State shrinks." 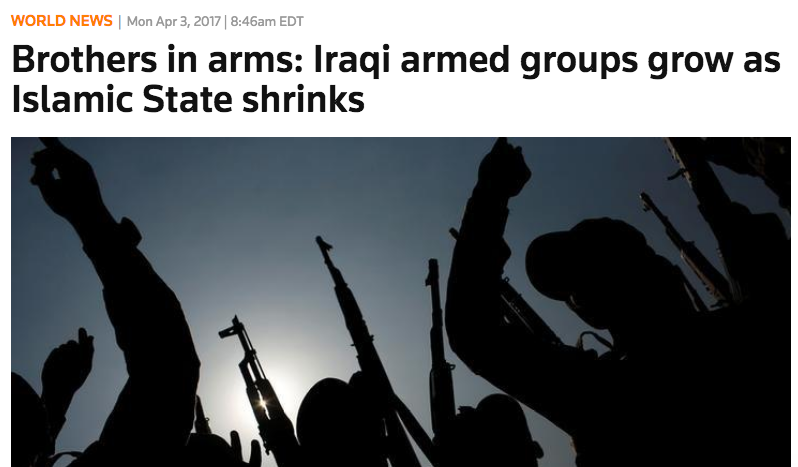 The Washington Free Beacon has reached out to Reuters to request an explanation for the odd sequence of events. A spokesperson for Reuters explained their decision to withdraw the story.

"Our story erroneously stated that Jared Kushner and General Joseph Dunford, chairman of the Joint Chiefs of Staff, were in Iraq when they were actually en route to Iraq," the spokesperson stated. "We withdrew, rather than corrected, the story because the terms of the embargo did not permit us to disclose the specifics of their itinerary until their arrival in Iraq."