Progress Texas last week released an attack ad implying that Attorney General Greg Abbot was potentially responsible for the deaths of cancer patients, an attack reminiscent of smears leveled at Mitt Romney in 2012.

The advertisement attempts to link the misallocation of funds at the Cancer Prevention and Research Institute of Texas (CPRIT) to Abbot.

CPRIT was an initiative of Governor Rick Perry’s. According to the San Antonio Express, "two huge grants" in 2012 were awarded to M.D. Anderson Cancer Center and a start up bio-tech firm. The grants were found to be "awarded hastily, without proper review and potentially involving conflicts of interests."

This misallocation led to civil and criminal investigations.

Abbott was on CPRIT’s governing board, which was responsible for providing oversight, but he did not attend any of the meetings. Instead, Abbott appointed Jay Dyer to represent him, and Dyer attended fifteen out of twenty-two meetings.

Abbott’s office maintains that the problems could not have been prevented even if he attended the board meetings, and that he sat out of the meetings to avoid conflicts of interest.

The two-minute ad begins with ominous music as a narrator says, "The Texas Cancer Research fund was launched with so much promise … [but] millions of dollars for cancer research were given to Abbott and Perry cronies and campaign contributors. The cure for cancer could wait."

It goes on to feature cancer survivors, criticizing Abbott and the misuse of funds for CPRIT, with one woman commenting, "It’s just sort of tragic because think of the people that probably have died from the lack of drugs that might have been invented from the proper use of the funds in CPRIT."

The ad calls to mind a 2012 Priorities USA ad, which featured a former steelworker tying the death of his wife to Mitt Romney and Bain Capital. The Washington Post’s Glenn Kessler gave that ad four Pinocchios and noted it "stretched the bounds of common sense and decency."

The Progress Texas ad is subtler, but still implies that Abbott caused people to die of cancer.

Neither Davis’ campaign nor Progress Texas returned request for comment at press time. 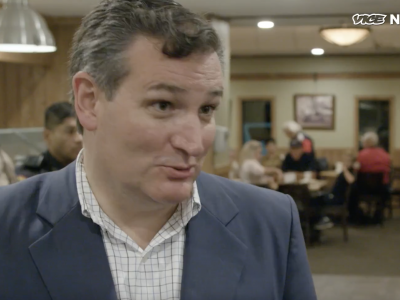 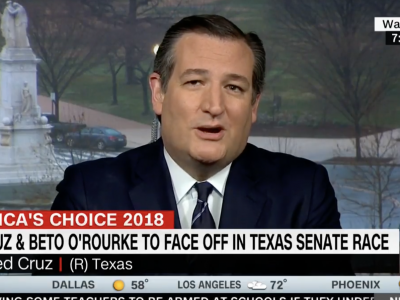