A new ad from Rep. Andy Barr's campaign (R., Ky.) hits his opponent, Democrat Amy McGrath, as being "too liberal for Kentucky."

The 30-second ad, which was first released on Monday, showcases some of McGrath's comments illuminating her political stances.

"I consider myself a progressive," McGrath said.

The ad also mentions McGraths's support for former President Barack Obama in both the 2008 and 2012 elections and her support for Hillary Clinton in 2016.

And it features a clip of the Democratic candidate being asked for her opinion on President Donald Trump's plan to build a wall along America's southern border with Mexico.

"No, I think it's absolutely stupid," McGrath said.

The end shows a compilation of McGrath's liberal viewpoints.

"Amy McGrath, too liberal for Kentucky," the narrator concludes.

McGrath is challenging Barr for the seat he has held in the House of Representatives since first being elected in 2012 to represent Kentucky's 6th Congressional District.

In 2017, while speaking to a far-left group, McGrath compared Trump's election to the terrorist attacks of Sept. 11, 2001.

Barr won reelection to his seat in 2016 with 61.1 percent of the vote. The district traditionally favors Republicans but is considered a tossup for 2018. 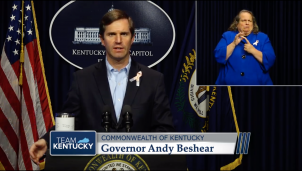 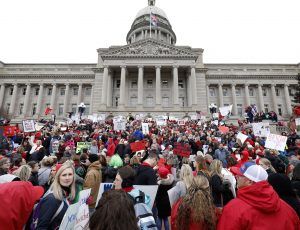 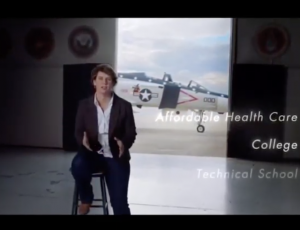