NBC News correspondent Katy Tur deleted a tweet Thursday pushing a talking point that had been debunked only a week earlier.

Tur tweeted out a list of "the 17 U.S. intel agencies/offices that have said Russia meddled in our election," while somewhat snidely cc'ing President Donald Trump. 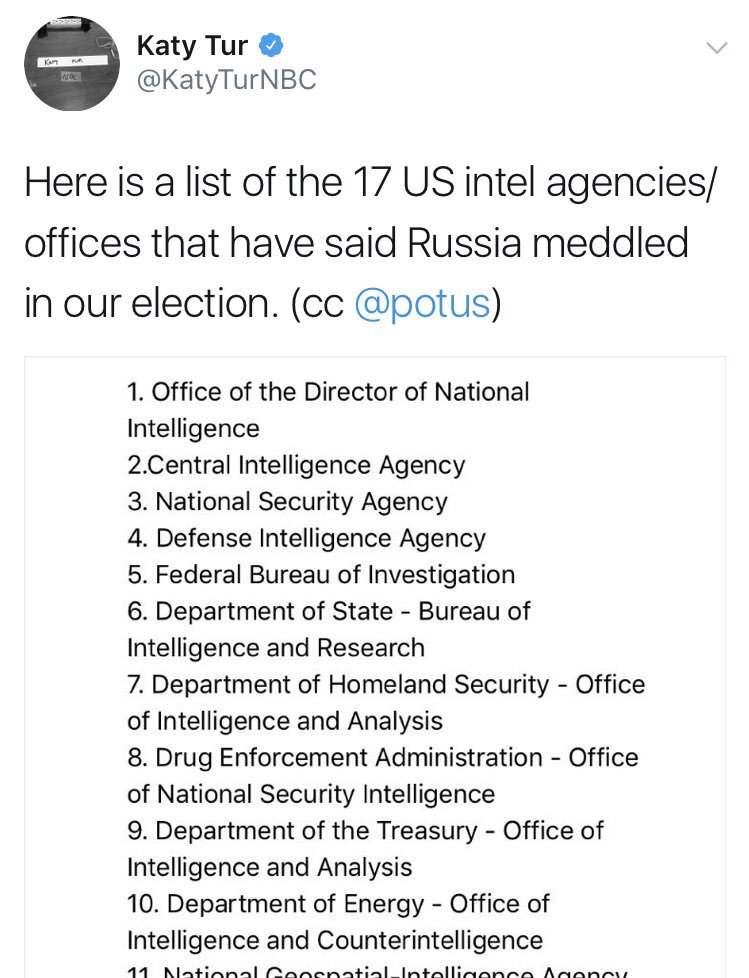 Several media outlets—like the New York Times and the Associated Press—repeatedly claimed in their reporting that all 17 intelligence agencies concluded that Russia was responsible for hacking Democratic organizations during the 2016 election. But both the Times and the AP issued corrections last week and admitted it was false.

The confusion stems from the fact that the Office of the Director of National Intelligence, which represents all 17 intelligence agencies, published the conclusion that Russia was behind the election interference, waging a cyber and disinformation campaign.

But only the FBI, CIA, and NSA actually concluded that Russia was the culprit. Many of the intelligence agencies listed by Tur—including those in the Coast Guard and Department of Energy—would have had no basis for making that determination.

Tur deleted the tweet, after being criticized for missing such a high-profile retraction.

Both NYTimes and AP corrected the claim that 17 agencies concluded this. Last week. See: https://t.co/2yLDkJu8MChttps://t.co/wbwdKHjNaG https://t.co/y9bqB6X3GJ

The "17 agencies agree" thing is likely going to be received wisdom because nobody reads corrections. cc @KatyTurNBC

Congress: US Must Stop Funding ‘Horrific’ Animal Experiments in Russia