Weeks later, the U.S. Attorney's office for the Central District of California has scheduled a press conference to announce further charges against Avenatti. The Internal Revenue Services will also be present at the Thursday press conference, likely indicating that Avenatti faced tax charges as well.

According to details obtained by the Los Angeles Times, prosecutors are expected to announce that Avenatti stole "millions of dollars from five clients and used a tangled web of shell companies and bank accounts to cover up the theft." One of the clients whose money Avenatti stole was a mentally ill paraplegic who won $4 million from Los Angeles County.

In another case, Avenatti won a $2.75 million settlement for a client. Avenatti hid the win from the client and used the money to buy a $2.5 million private jet (the jet has since been seized by federal officers).

A 2018 Free Beacon Man of the Year, Avenatti rose to prominence as a frequent CNN and MSNBC guest, becoming a hero to the anti-Trump left in the process. Avenatti even hinted at a 2020 Democratic presidential run, with at least some Democratic operatives singling that they would've supported him. 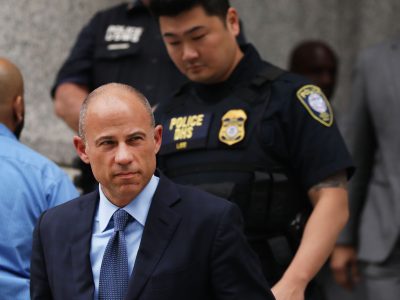 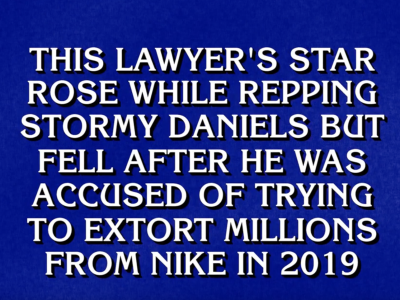