Soon after Wisconsin Gov. Scott Walker announced the passing of his father, some liberal Twitter users went after the Republican incumbent.

Llewellyn Scott Walker, a retired Baptist preacher, passed away on Sunday, and the governor canceled weekend events to be with his family. In response to news of the governor's passing, one Twitter user wrote, "May all Republicans eat shit always and forever."

After one Twitter user responded with a call for compassion, the same person responded, "Compassion for team trump? Really? lol. These arnt people. Politicians arnt people. [sic] This is just another PR opportunity for this shitbag."

Another user said they hoped Walker's father was well, but then added, "Republicans are the biggest threat to America."

"So sorry that he didn't raise an honest, ethical man like he was," wrote another Twitter user. 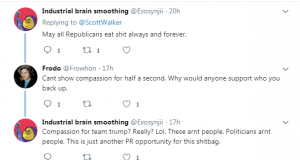 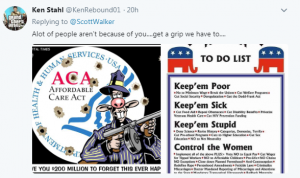 Some even theorized that Walker had a hand in his father's death. Their evidence was the belief that he had diabolical character, as demonstrated by his policies. 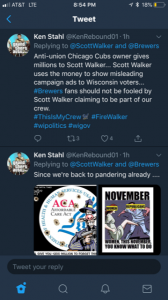 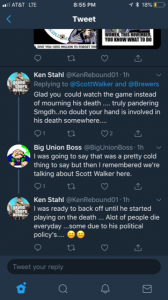 Walker is running against Democrat Tony Evers in a competitive gubernatorial race. The RealClearPolitics polling average shows Evers with just under a 5 percent lead over the incumbent.