NBC correspondent Kasie Hunt said Wednesday on MSNBC's "Morning Joe" that the "human decency" wing of the Republican Party might soon be without a home because of voters who feel certain Republicans are not standing up enough for President Donald Trump.

Republican Sen. Jeff Flake (Ariz.) announced on Tuesday that he wasn't going to seek reelection next year, acknowledging he couldn't earn the Republican nomination in good conscience because he would have to sacrifice his principles to win in the political climate under Trump. Following the announcement, Flake spoke on the Senate floor for over 15 minutes about his decision not to seek another term, castigating Trump's behavior, without naming the president directly, as "reckless" and "undignified."

MSNBC contributor Mike Barnicle said the Republican Party appears to be fracturing right in front of the American people and the "truth seems to be less powerful than the fear of a tweet from the White House."

"Kasie, I would ask you, I've heard rumblings over the last 12, almost 24 hours now, about resentment to Jeff Flake's speech on the floor of the Senate from other members of the Senate because they fear it could interfere with tax cuts. What do you hear?" Barnicle asked.

Hunt acknowledged what Barnicle heard and said there is potential resentment among Republicans in the Senate, but pointed to the potentially larger issue.

"I think what Joe was pointing to, and Mike, what you said about the splintering of this party before our very eyes; these leaders, Mitch McConnell, Paul Ryan, they made a bet that they could outlast Donald Trump. And what is happening is that the people who would consider themselves to be a part of the governing – Jeff Flake I think would call it the ‘human decency win' of the Republican Party –  are not going to have a home at this rate anymore in the Republican Party," Hunt said.

Hunt explained that Republicans like Flake are going to be "without a home" because voters are frustrated they are not standing up enough for the president for whom they voted.

"It's because of where their voters are. That's driving frustration among some of the rank-and-file Republicans in the Senate because they're having to be led by [Senate Majority Leader] Mitch McConnell, but they go home and their voters are saying, ‘Why aren't you standing up more for President Trump?' Paul Ryan and Mitch McConnell's approval ratings are sinking. They are becoming less popular. They are becoming a huge problem," Hunt said. 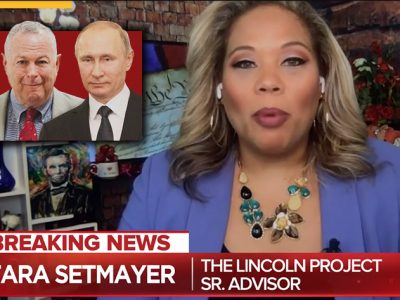