A number of journalists falsely reported that two U.S. ambassadors resigned in protest of alleged comments President Donald Trump made Thursday, when he was accused of using vulgar language to describe many third-world countries.

"As a junior foreign service officer, I signed an oath to serve faithfully the president and his administration in an apolitical fashion, even when I might not agree with certain policies," he wrote in his resignation letter. "My instructors made clear that if I believed I could not do that, I would be honor bound to resign. That time has come."

Because the Reuters story came the day after the Trump comments, media outlets like MSNBC falsely assumed the two were connected. 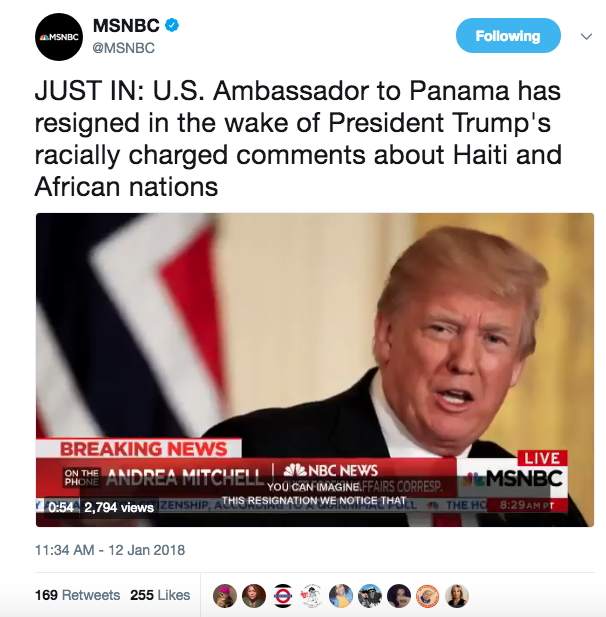 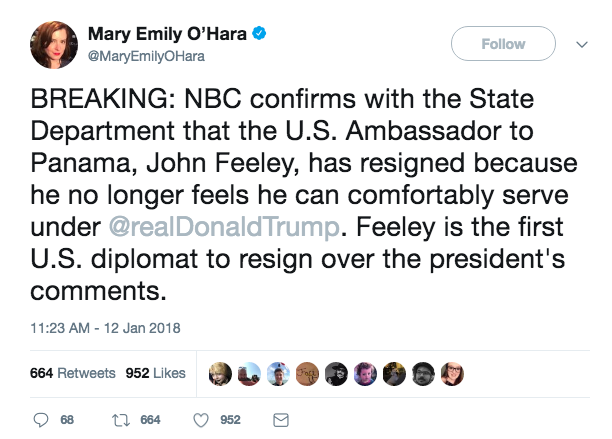 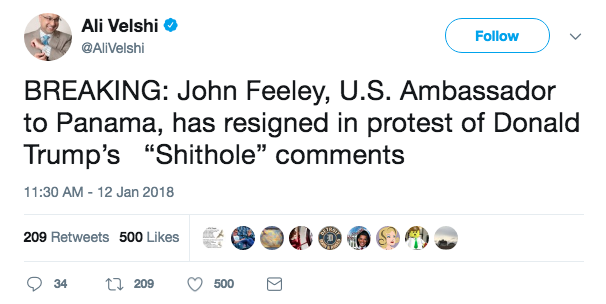 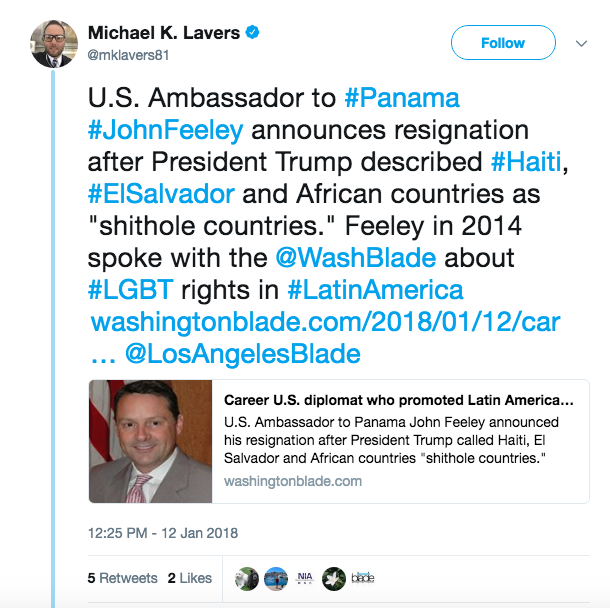 But in fact, Feeley's resignation was first reported on Thursday afternoon, before Trump's alleged comments were publicized. The State Department later told reporters Feeley decided to resign back in December.

John Feeley, the US ambassador to Panama, has announced his resignation "for personal reasons." Big loss for the State Department. 35 year career in public service as diplomat and before that as a US Marine. pic.twitter.com/MALEhMTFXu

JUST IN: Feeley informed the State Dept. on Dec. 27 of his decision to retire, State Dept. spokesperson says. https://t.co/fiPD5E6VMA

Making matters worse, an unsourced rumor cropped up on Twitter claiming the U.S. Ambassador to Haiti had also resigned. That claim was then perpetuated by several journalists and Trump critics. 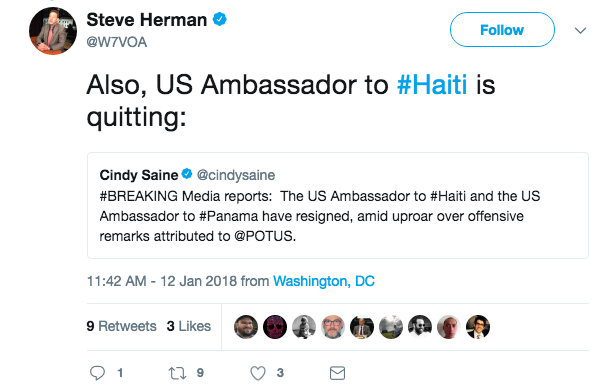 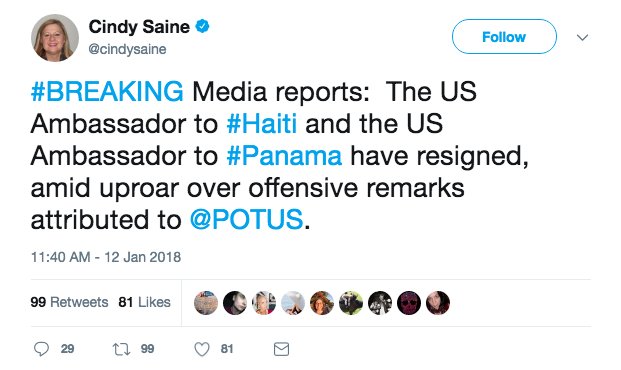