Vikrum Aiyer, the former chief of staff for the U.S. Patent and Trademark Office during the Obama administration, commuted from his home in Washington, D.C. to the agency's headquarters in downtown Alexandria, Va., by calling a taxi and then billing the government for each ride.

Aiyer commuted across the Potomac River 10 miles or so to work on at least 130 occasions over the course of two years, the majority during a four-month stretch in 2016, the Washington Post reported.

And then, according to a report released Tuesday by the inspector general for the Commerce Department and people familiar with the investigation, Aiyer billed the government for each ride.

To escape notice, Aiyer impersonated current and former high-level agency officials, writing their names on cab receipts and vouchers he submitted to the taxi company, which then billed the government, investigators found.

One of those officials was the Patent and Trademark Office’s then-communications director, whose supervisors eventually confronted him on his apparent taxi usage. In response, he noted that he regularly drove to work and his car was in the agency’s parking garage.

Prior to resigning with thousands of other Obama political appointees before Donald Trump took office last year, Aiyer was interviewed by investigators in December 2016 about the taxi rides. He did not deny their findings according to the report.

Aiyer, who currently serves as the vice president for public policy and strategic communications at a San Francisco company, told a reporter on Tuesday that he would call back when he was reached for a comment. He never responded to multiple follow-up messages, according to the Post.

The former official's unauthorized taxi rides appeared to go unnoticed for at least two years by budget officials who looked over Alexandria Yellow Cab invoices. The taxi company has a contract with the agency to provide authorized taxi services for government officials. The patent office paid the company over $4,000 for Aiyer’s rides, according to the report.

"The evidence … establishes that Political Appointee knowingly used the Agency’s Cab Company account for impermissible purposes on a routine basis and that he took steps to conceal his unauthorized use of this account by providing false names and false location information," investigators for Commerce Department Inspector General Peggy Gustafson wrote.

In Aiyer's role, he was responsible for managing a $3.4 billion budget and supporting 13,000 employees at the Patent and Trademark Office, the Post reported:

For most of the cab rides, Aiyer was picked up on a street corner a tenth of a mile from his home, according to the report. But he wrote on the invoice that he was leaving from Commerce Department headquarters in downtown Washington.

He once billed the government for a $54 taxi ride from his home to the Alexandria office on a Saturday, then $36.20 for a return trip that evening after a party, investigators found, concluding that he "used the Agency’s Cab Company account to facilitate his weekend social activity in this particular instance, but he made it appear otherwise when arranging for these cabs."

Aiyer also racked up $15,000 in expenses on his government-issued credit card, charging for food and drink at local bars, clubs, coffee shops, restaurants, grocery stores, dry cleaners and at least one liquor store, the report said. Investigators said he personally paid off the expenses.

When confronted about billing the taxi rides to the government initially, Aiyer told investigators that it was standard practice for officials at his level in the agency, naming several officials who told him that they did the same thing.

"Political Appointee said he thought it was permissible to provide incorrect trip origin or destination information because this was the ‘protocol that was imparted to [him] by [his] bosses at the time,’ and ‘because this is how . . . prior bosses approach[ed] it,’" investigators wrote. 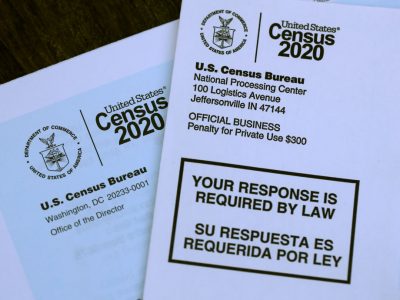