Representative-elect Greg Gianforte (R., Mont.) pleaded guilty on Monday to misdemeanor assault following an incident last month in which he "body slammed" a reporter while on the campaign trail.

Gianforte was given a suspended sentence, community service, and anger management classes. Whitney Bermes, a reporter with the Bozeman Chronicle, tweeted the proceedings.

Gianforte pleaded guilty to the charge of misdemeanor assault. Attorney for Gallatin County Marty Lambert called Ben Jacobs, the Guardian reporter who Gianforte assaulted, to take the stand shortly afterward to give his account of events.

Lambert then made a sentencing recommendation. He noted that the sheriff's initial charge of misdemeanor assault was "spot on" because Jacobs was not seriously injured.

Gianforte was initially sentenced to four days in jail by Judge Rick West, which would then be deferred to a two-day work program. When it became apparent that he was not eligible for the work program, however, his sentence was changed to a six-month deferred jail sentence, 40 hours of community service, 20 hours of anger management, and $385 in fines and court fees.

West said he was unaware that assault convicts are not eligible for work program. "My intent was not to have you sit in jail." #mtpol #mtal

West orders that Gianforte must be booked & immediately released from jail. Whipple will file motion so he doesnt have to do that. #mtpol

Following the hearing, Gianforte gave a brief statement to the press.

"I take full responsibility for what I've done today. I look forward to putting this behind me. I've apologized to Mr. Ben Jacobs. He has accepted my apology. I'm grateful for that. Now I look forward to going to work in Washington," Gianforte said.

Gianforte is expected to have completed his community service by Nov. 28. 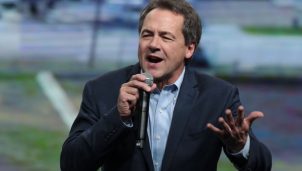 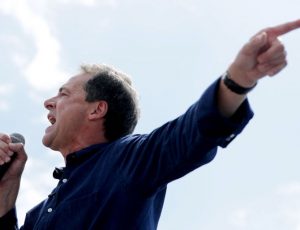