Apparently, the two had discussed Emanuel's plans to go to Cuba backstage before the event, but Allen spilled the beans with this question.

"Headed these holidays to Cuba, why?" Allen asked.

"Well, first of all, thanks for telling everybody what I'm going to do with my family," he said. "You just had a private conversation with me, and now you decide to make that public. I really don't appreciate that. I really don't … I'm expressing to you now publicly my displeasure."

Emanuel went on to explain that he and his wife like to take their children on various cultural experiences.

"Our kids have seen other parts of the world, and yes, this year, if my wife doesn't kill me now because of what you just did, we will take our kids to Cuba to be exposed to that culture in the same way they've been to India and the same way they've been to Uganda, Kenya, Zambia, Chile, Vietnam, and Laos," Emanuel said. "Can you give me your cell number? Because I'd like you to listen to Amy."

"I apologize for that," Allen said. 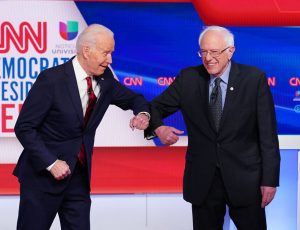