Rep. Keith Ellison (D., Minn.), the Democratic National Committee deputy chairman, is expected to announce a last-minute bid for Minnesota attorney general on Tuesday, according to two sources with knowledge of the decision.

Two people close to Ellison said he will run after the Democratic incumbent made a surprise decision to run for governor, Politico reported.

"I will make a decision tomorrow because it’s the filling deadline," Ellison said.

After losing to Tom Perez for the DNC chair role, Ellison has been consumed with making sure that progressive-leaning Democrats have a voice in the party. He has been in Congress since 2007 and has served as the DNC deputy chair since last year.

It was reported Ellison had initially mulled a bid in the attorney general race earlier this year, but he decided not to run after the incumbent Lori Swanson skipped her own expected run for governor and appeared to be prepared to run for re-election. However, that plan backfired after a weekend of drama at the Minnesota Democrat-Farmer-Laborer convention.

Swanson didn’t get a majority of support for reelection, so she decided to jump into the governor’s race on Monday, leading to an opening for Ellison.

All eyes quickly turned to Ellison. Beyond the reasons making him want to leave Washington are the reasons drawing him to the job: attorneys general have taken on major significance within the Democratic resistance to the Trump administration, and Ellison is eager to be a leader in that fight.

Ellison would also be seizing on the vacuum left by the sudden resignation of New York Attorney General Eric Schneiderman last month. Most Democratic attorneys general believe that with his political savvy and following, Ellison would very quickly vault to the front of the pack, alongside other active AGs like Massachusetts’ Maura Healy, Washington’s Bob Ferguson, Pennsylvania’s Josh Shapiro, North Carolina’s Josh Stein, and California’s Xavier Becerra. New Jersey‘s recently-installed Attorney General Gurbir Grewal is eager to take on a prominent role, too.

Ellison was expected to file his paperwork by Monday afternoon, but it was not submitted. However, he did have deep discussions about a potential bid throughout the day. Sources with knowledge of the race are anticipate the congressman will face a crowded field of at least five candidates in the race.

The Democratic primary for the attorney general race is August 14.

DNC Changes Debate Rules to Exclude Only Woman in Race 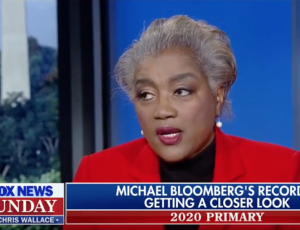 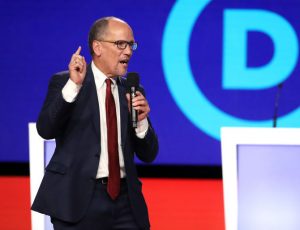