A Democratic candidate for governor of Arizona laid out his full, salacious sexual history on camera in a bizarre interview with "The Daily Show" on Thursday night.

Declared candidate Noah Dyer told interviewer Desi Lydic that he has engaged in frequent casual sex, sex with married woman, sex with multiple partners at once, sexting, and has had sex on camera.

"I don't actually want to talk about my sex life; I'm just sharing it at the get-go so we can not talk about it," Dyer insisted.

"But there's a tab on your website about it," Lydic pointed out. True enough, Dyer has a tab on his website going into detail about his divorce and his "deep and casual sexual experiences with all kinds of women."

"There's going to be a Republican governor for a long time," Lydic predicted.

Dyer and Lydic then took to the streets, disclosing his sexual history and asking if voters would support him. None of the interviewed Arizonans said they would.

Watch the interview below: 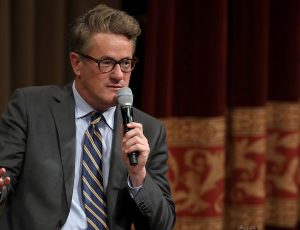