South Bend Mayor Pete Buttigieg is scheduled to headline an Oakland fundraiser with an Uber executive just weeks after saying he stood in solidarity with the company's protesting drivers.

While in San Francisco for the California Democratic Party State Convention this week, Buttigieg will attend a fundraiser which is to be hosted, in part, by Chelsea Kohler, Uber's director of product communications, the Daily Beast reports.

"I’m standing in solidarity with @_drivers_united and all those striking across the country today for livable wages, more job security, and regulated fares. We must raise the labor standards in this country," Buttigieg tweeted.

I’m standing in solidarity with @_drivers_united and all those striking across the country today for livable wages, more job security, and regulated fares. We must raise the labor standards in this country. https://t.co/99NNdnjgUW

The Daily Beast notes Buttigieg has struggled to navigate his ties to Silicon Valley and his support for workers. Facebook co-founder Chris Hughes went to college with Buttigieg, for example, and is a supporter.

Unlike Sen. Elizabeth Warren (D., Mass.), Buttigieg has not called for breaking up big tech companies, telling a CNN town hall audience in April that antitrust law "as we know it has begun to hit its limits with regulating big tech companies. It’s not designed to handle some of these tech companies where there’s actually no price at all. The product is made free, or at least it’s free on its face. We’ve learned in part because of the way our data are used by these companies that nothing is actually free."

Yet Buttigieg has also called for a "new Wagner Act to support the role of organized labor and defend the right of workers to organize."

"Our nation’s middle class was built by organized labor, and rising attacks on labor have led to the middle class becoming more and more vulnerable," his campaign website reads.

Brian Dolber, an organizer for Rideshare Drivers United, said Buttigieg has to pick a side.

"We appreciate Pete Buttigieg’s support, and this is an instance where there are two clearly opposing sides and he must pick one," Brian Dolber told the Daily Beast. "Passenger fares either go to the hardworking drivers or the multi-billion dollar companies—and right now Uber/Lyft are regularly taking 50%+ of what the passenger pays while countless drivers are homeless or living in poverty. Standing with drivers, means standing against the executives who have been ruthlessly slashing driver pay year after year." 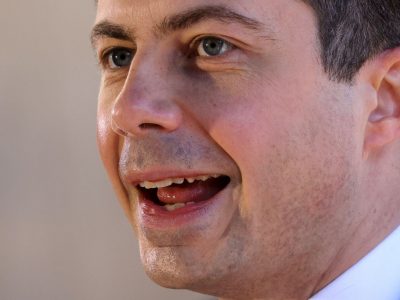 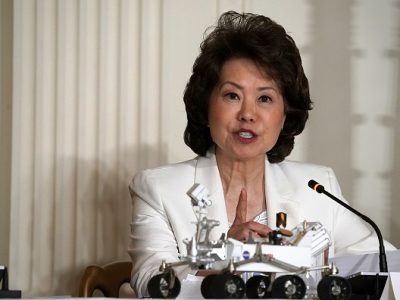