The Arizona Democratic Party sent out a fundraising email on Thursday to raise $2,800 to "fix the pipes" in the men’s bathroom at their state headquarters.

Barbara Lubin, the operations manager of the Arizona Democratic Party, sent out a plea for Democrats to donate to help fix the plumbing.

"There's been a ton of great news in Arizona politics lately, so I hate to rain on the parade," Lubin wrote. "But here at the AZ Dems headquarters, it's raining in the men's bathroom. Literally."

"Every dollar we raised last month went straight into Organize LOCAL grants to fund voter outreach in all 15 counties. But that leaves us with no budget for plumbing repairs, and it turns out, we need $2,800 to fix the pipes," the email continued. 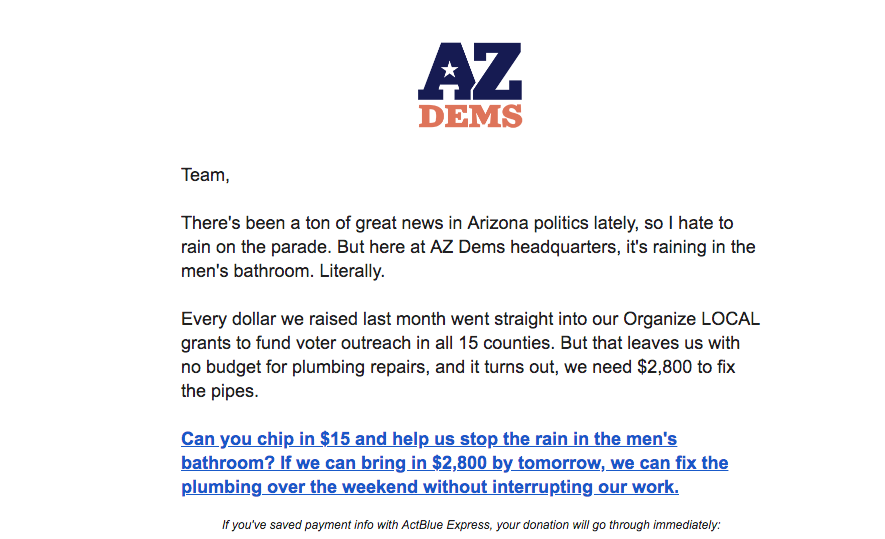 "If we can bring in $2,800 by tomorrow, we can fix the plumbing over the weekend without interrupting our work," the email read. "Honestly, I don't know if our staff can go another week with these leaks! We want to focus on cleaning up Washington, not cleaning up puddles." 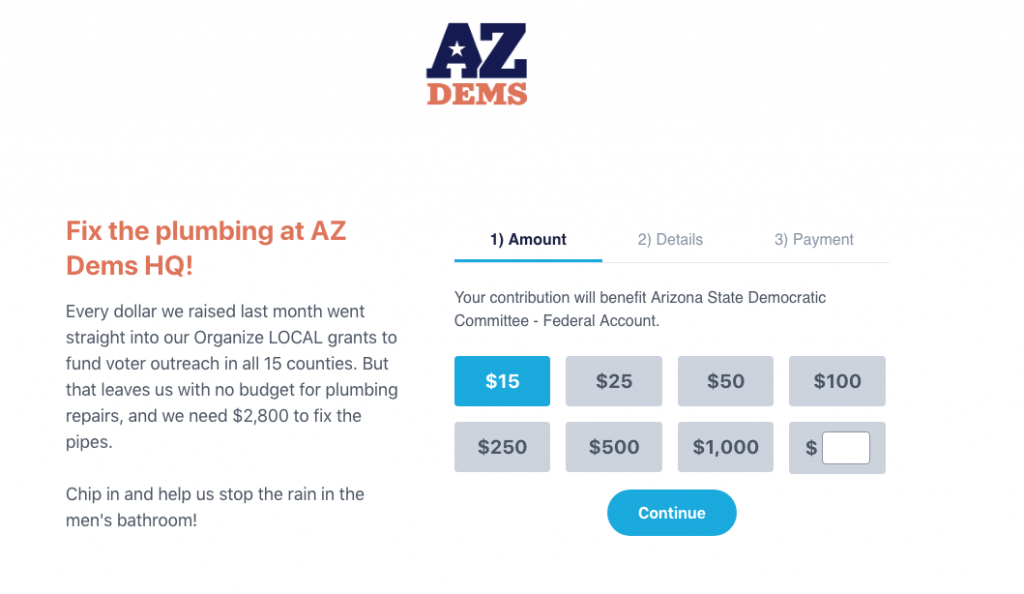 ActBlue, launched in 2004, has called itself "the online clearinghouse for Democratic action."

"ActBlue is a nonprofit, building fundraising technology for the left," the organization says on its website. "Democratic campaigns get more donations through ActBlue than any other platform."

"A majority of Democratic Senate and House campaigns—along with the DCCC, DSCC, DGA, over one-third of statewide campaigns, and advocacy organizations around the country—have chosen ActBlue," the website adds, noting that the organization has raised nearly $3 billion for "Democrats and progressive causes" in 14 years.