The White House issued a statement Friday to recognize news that trade between China and North Korea dropped 50 percent in December as a result of tightening sanctions.

China is by far North Korea's largest trading partner, both as an importer and exporter, but the Associated Press reports China's imports from the North shrank 81.6 percent and exports dipped 23.4 percent.

The United States has long taken a harsher stance against North Korea than China, but Chinese leaders are growing frustrated with the regime's continued nuclear testing.

"This action supports the United States-led global effort to apply maximum pressure until the North Korean regime ends its illicit programs, changes its behavior, and moves toward denuclearization of the Korean peninsula," she wrote.

The North Korean regime has become a main focus of U.S. Ambassador to the United Nations Nikki Haley's diplomatic mission.

While working heavily with other countries to impose tough sanctions on the regime, Haley has threatened the country will be "utterly destroyed" if it attacks the United States or its allies. 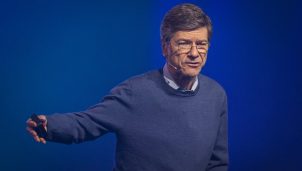