The latest disclosures indicate that a senior North Korean official sought to import and export sensitive materials through Vietnam, a matter that is rankling U.S. diplomats working to push North Korean dictator Kim Jong Un back to the negotiating table.

North Korea's illegal efforts to skirt international sanctions on its weapons of mass destruction program have occurred as the country continues efforts to test nuclear weapons in defiance of international restrictions, according to information provided by the Treasury Department.

The administration is leaving the door open to further sanctions on North Korea and those tied to its nuclear weapons program.

The latest sanctions target Kim Su Il, a North Korean official tied to the country's weapons program. He is accused of skirting existing sanctions by running an illicit shipment scheme from Vietnam

Kim Su Il was specifically sanctioned for his role in the sanctions evasion scheme.

"The U.S. Department of the Treasury's Office of Foreign Assets Control (OFAC) designated a North Korean individual operating from Vietnam, Kim Su Il, for his ties to the Workers' Party of Korea (WPK)," the Treasury Department said in information provided to reporters.

"Kim Su Il is also an employee of the Munitions Industry Department (MID); a WPK subordinate that is United Nations (UN)- and U.S.-designated for its involvement in key aspects of North Korea's missile program, which is subject to a range of U.S. sanctions restrictions," according to the Treasury Department. "This action reflects continued enforcement of UN and U.S. sanctions."

Kim Su Il is said to have continued his work for North Korea's munitions department while posing as a trade official in Vietnam.

The administration "designated Kim Su Il, a trading company official who works on behalf of the MID in Vietnam … for being an official of the WPK," the Treasury Department said.

As early as 2019, "Kim Su Il was responsible for exporting anthracite coal, titanium ore concentrate, and other North Korean domestic products," according to the Treasury Department.

This included "importing and exporting various other goods, including raw materials, to and from North Korea; and ship chartering," the department said. "This trade activity earned foreign currency for the North Korean regime. Kim Su Il is also responsible for exporting Vietnamese products to China, North Korea, and other countries."

More Than 40 Countries Call Out North Korea for Violating Sanctions 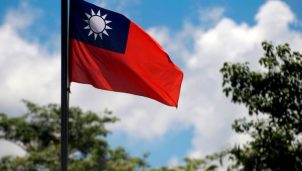