Terrorists on the Move

Members of Islamic State of Iraq and the Levant (ISIL or ISIS) are fleeing Syria for safer positions in Iraq, as rival Syrian al Qaeda forces also began moving their forces to avoid U.S. bombing attacks, according to U.S. officials and reports from the region.

Additionally, post-strike intelligence indicates both terror groups are trying to hide their locations and are avoiding electronic communications to avoid being attacked in the ongoing U.S.-led missile and aerial bombing campaign.

The movement and concealment efforts by both groups began after Monday’s opening bombing campaign of 47 cruise missile and aerial attacks have continued with strikes on ISIL-held oil facilities in Syria.

"As we continue our operations from the air, I also want to emphasize that no one is under any illusions—under any illusions—that airstrikes alone will destroy ISIL," Defense Secretary Chuck Hagel told reporters at the Pentagon on Friday. He said other diplomatic and intelligence efforts were underway.

The U.S. Central Command said 10 attacks were conducted against both Syria and Iraq late Thursday and early Friday, mainly against ISIL vehicles, including tanks and a U.S. armored Humvee.

Earlier U.S. attacks targeted four oil facilities in northern Syria operated by ISIL that were producing millions in revenue for the group. The attacks were aimed at undermining the group’s funding, which produces millions of dollars in black market oil sales.

According to officials with access to intelligence reports on the region, dozens of senior ISIL leaders fled Syria in recent days and are hiding in Iraq along the northern Syria border.

The relocation of the ISIL fighters is said to include many of the group’s leaders who have taken refuge near the northern Syrian border crossing town of Faysh Khabur—a likely strike point for Pentagon war planners if the influx is confirmed.

Other ISIL leaders whose locations had been detected in the past also have fled known positions.

One tactic being used by ISIL to avoid bombing strikes is the deployment of over 150 mannequins in the central Syrian city of Ar-Raqqah that was a major target of U.S. missile and aircraft bombing strikes, in order to deceive high-tech targeting.

The London-based Arabic news outlet Al Quds al Arabi reported Thursday that ISIL is using the deception mannequins around its positions in Raqqah and neighboring areas. The mannequins are dressed in the black outfits and facemasks common to ISIL fighters. The dummies were taken from clothing stores in the town.

Meanwhile, the ISIL rival group known as the al-Nusra Front, the official al Qaeda affiliate whose subgroup called the Khorasan group was attacked Monday with cruise missiles, has begun evacuating its forces from facilities in the northwestern Syrian city of Idlib.

The shift was announced by the group’s official Twitter account Wednesday with the statement that Nusra was "evacuating most of al-Nusra Front’s headquarters located near Muslims" in Idlib.

Khorasan group training facilities and leadership were based in Idlib and the al Qaeda group was said by U.S. intelligence officials to be in the late planning stages of an attack on Europe or the United States. 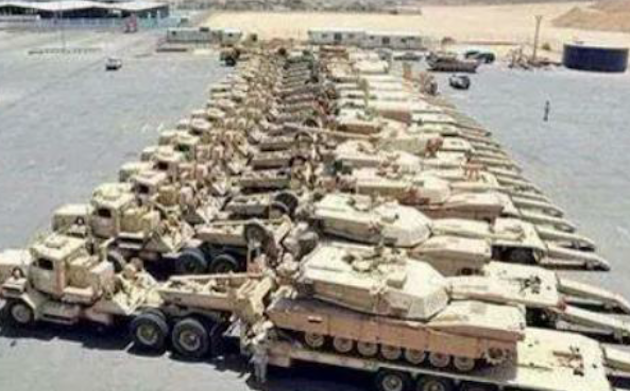 Much of the information about ISIL and al-Nusra Front reactions to the bombing strikes, as well as threats to conduct retaliatory attacks, was revealed by known jihadists on Twitter, including one terrorist who threatened that "booby traps" were set to "pound" people in Saudi Arabia, Jordan, and Persian Gulf states supporting the U.S.-led coalition.

In response to the reported killing of Khorasan leader Muhsin al Fadhli and a Khorasan commander known as Yusuf al Turki, the group has urged al-Nusra fighters to shun all high-technology electronics and communication.

Other measures being urged include avoiding the use of popular mobile chat applications and instead using more secure apps.

The commander urged fighters to vacate headquarters, workshops, and camps immediately and leave minimal security forces behind to protect them.

Additionally, al Qaeda rebels in Syria were urged to remove satellite and wireless communications at their positions and use them only in emergencies.

The commander also advised civilians close to the headquarters to stay clear of the facilities and to hide and camouflage heavy weapons and frequently move them.

Overall, defense officials said early assessments of the bombing raids since Monday indicate the attacks produced a significant but difficult-to-measure impact in weakening ISIL terrorist forces. A secondary effect has been instilling fear in ISIL fighters and leaders that they will be unable to hide from the high-technology, precision missile and bomb strikes.

ISIL fighters also are avoiding large vehicle convoys and shifting to motorcycles and planting the black ISIL flag on civilian homes in an attempt to cause civilian casualties from U.S. bombing raids, Reuters reported from Baghdad.

Also in response to the bombing campaign, ISIL has launched a major propaganda campaign seeking to bolster morale—an effort that is viewed by the officials as an indicator that the terrorists are worried their irregular forces will not hold up under the bombing attacks.

One element of the campaign includes public threats by ISIL jihadists online to conduct terror attacks against the West. The threats are part of efforts to instill fear in the United States, Europe, and in the Middle East nations, especially Saudi Arabia, that have joined the coalition against ISIL.

Iraq’s government on Friday continued to assert that it obtained intelligence that ISIL is planning attacks on western subway and rail lines. U.S. officials have dismissed the threat as unspecified.

The latest threat of an ISIL attack came Friday when a Canadian ISIL jihadist in Mosul, Iraq, issued a video warning that terrorists in United States are mobilizing for attacks in New York "soon."

Some online jihadists urged ISIL fighters to remain steadfast in their fight to create a caliphate in Syria, Iraq, and, eventually, Lebanon.

Typical of the effort was the Arabic message posted on Twitter by one ISIL terrorist in Fallujah, Iraq who urged fighters "to remain steadfast where they are," adding, "the upcoming epic battle will take place in Tikrit."

"It is better for us all to perish, than to have Tikrit ruled by other than God's law," the tweet stated.

ISIL propaganda also has sought to play down the impact of the bombing strikes by posting photos of ongoing ISIL military operations in an effort to portray the group as unscathed by the attacks.

One trend noted by U.S. intelligence analysts are signs that the U.S.-led bombing campaign may lead to a bridging of differences between ISIL and al Qaeda.

One online jihadist sent a message stating that al-Nusra was ready to fight alongside ISIL, although other online messages indicated that the two terrorist groups remain enemies.