CBS previewed a 60 Minutes interview with an unnamed British security officer (under the pseudonym "Morgan Jones") who was in charge of training the guards for the U.S. diplomatic mission in Benghazi Thursday evening.

The officer said he was "annoyed" that the State Department would not allow his guards to carry guns.

On the night of the September 11th, 2012 the security officer received a call from a panicked guard who told him the compound was under attack. When confronted, the attackers beat the Libyan guards, but did not kill them according to Jones.

The assailants told his guards "we're here to kill Americans, not Libyans":

LARA LOGAN: His first thought was for his American friends, the State Department agents pinned down inside the compound. And he couldn't believe it when one of them answered his phone.

LARA LOGAN: Morgan's guards, unarmed and terrified, were surrounded by heavily armed gunmen, but they still sounded the alarm.

JONES: They said, "we're here to kill Americans, not Libyans." So they gave them a good beating, pistol-whipped them, beat them with their rifles and let them go.

JONES: That's what they said. 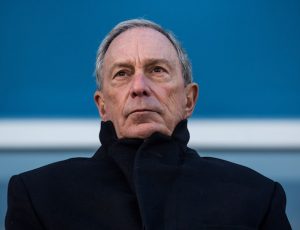