Invites them to drop by and join his book club

Medal of Honor recipient Dakota Meyer has heard the FBI's warning that the Islamic State may be targeting military members by tracking their social media posts. That does not scare him, though. In fact, he'd love to see Islamic State fighters show up at his door.

"Let me say what a lot of us are thinking… If ISIS is using social media to track me, that's a dream come true in my book," Meyer told Scout's Dan Bova. "These guys are a bunch of bullies that just prey on the weak."

Meyer was awarded the Medal of Honor for a daring rescue mission he performed under heavy fire in Afghanistan.

"There was U.S. troops getting shot at, and those are your brothers," he told CBS News about the mission that earned him the medal. "You either get them out alive or you die trying. If you don't die trying, you didn't try hard enough."

"I can't travel over there anymore now that I'm out of the Marine Corps, so having them come to me would help out a lot," Meyer told Scout about the current IS threat.

"ISIS targeting the U.S. military is like a sheep targeting a lion," he said. "Hopefully one of these assholes actually shows up."

"They'll definitely get more than they want at my place!"

Meyer then offered to be the military liaison to any IS fighters thinking of coming to attack the states.

"Actually, I think this warning should be taken seriously by all military members," he said. "I would hate for ISIS to go to anyone else's home and for me to miss the opportunity to meet and greet them."

"I live in Columbia, Kentucky—oops, is that too much information? Oh well."

The Medal of Honor recipient then took to Twitter to invite IS fighters to join his new book club.

Wonder if any ISIS members want to drop by and join my book club @ScoutMediapic.twitter.com/Wft72YYM0I

He went on to tell the Military Times that he doesn't want Americans to live in fear but, instead, to stand up to the islamic extremists who want to do them harm.

"I'm just tired of us as Americans living in fear," he told Jeff Schogol. "I want people to know: Stand up to this; stand up to these people."

"I don't want to put anybody else in harm. They can come after me." 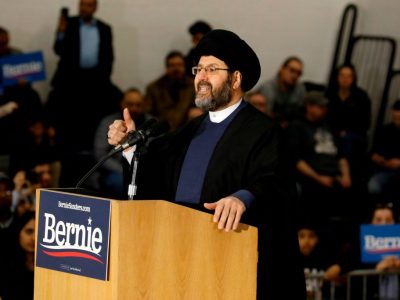