Gen. Martin Dempsey, chairman of the Joint Chiefs of Staff, told Congress this week that he was not directly involved in preparations by the U.S. military and security forces to respond to possible attacks on the anniversary of the 9/11 terror strikes.

Dempsey told the House armed services subcommittee on oversight and investigations, which is investigating the failed military response to the terror attack in Benghazi, that Joint Staff officials coordinated with the White House on pre-Sept. 11 preparations, according to a congressional aide.

The closed-door testimony raised further questions among investigators looking into why the White House published a statement Sept. 10, 2012—a day before the Benghazi attack—that the United States was ready for any attacks, a committee aide said.

U.S. military forces were unable to defend or rescue scores of U.S. diplomatic and intelligence personnel who were attacked at a U.S. diplomatic compound in Benghazi and a nearby Central Intelligence Agency facility on Sept. 11, 2012.

The attack by several dozen armed terrorists, some equipped with mortars, killed four Americans, including U.S. Ambassador to Libya Chris Stevens. Several others were wounded.

Rep. Martha Roby (R., Ala.), chairman of the subcommittee, said she questioned Dempsey about the U.S. military posture during the hearing Thursday.

"General Dempsey confirmed that while he was not personally involved in that review, elements of the Joint Staff were," Roby said in a statement. "His description of the process leads me to conclude that while it may have allowed the White House to issue a comforting press release, it was far from the rigorous examination and preparation the security of the American people deserved."

Dempsey repeated earlier statements that no heroic action by the military could overcome "our lack of preparedness during the horrible Benghazi attack," Roby said.

"We simply were not postured to respond in time," she said. "I continue to be concerned that more than a year after the attack, our posture has not improved enough to sufficiently mitigate the risks to Americans serving overseas and in harm's way."

Dempsey and then-Defense Secretary Leon Panetta told Congress earlier this year that no naval or air forces were within range of Benghazi at the time of the attack and thus were unable to help counter the attack. None were sent after the attack began because it would have taken too long to arrive in Benghazi, they said, despite not knowing at the time how long the attack would last or if others would be carried out.

The House Armed Services Committee has conducted numerous briefings with junior and senior military officers in an effort to find out why there were no forces near Benghazi during the attack.

Among those who have testified were Marine Lt. Col. S.E. Gibson, the commanding officer of a four-man special operations team in Tripoli, who was ordered to remain in the Libyan capital in case of additional attacks during the night of the Benghazi attack.

Gen. Carter Ham, commander of the U.S. Africa Command, also has testified that he had no interaction with the White House National Security Council staff on security prior to Sept. 11.

A congressional aide close to the House investigation said U.S. forces were "not properly postured" to help defend or rescue the U.S. personnel in Benghazi.

A more significant question is why the U.S. military failed to position forces in the region that could have responded, the aide said.

The testimony so far contradicts the White House statement of Sept. 10, 2012 that was described as a "readout" of President Obama’s meeting with national security aides on defensive preparations for the Sept. 11 anniversary.

The statement said for the previous month, John Brennan, assistant to the president for homeland security and counterterrorism, held "numerous meetings" to review security measures in place.

"During the briefing today, the president and the principals discussed specific measures we are taking in the homeland to prevent 9/11-related attacks as well as the steps taken to protect U.S. persons and facilities abroad, as well as force protection," the statement said.

"The president reiterated that Departments and agencies must do everything possible to protect the American people, both at home and abroad."

However, the aide said the review by Brennan, who is now CIA director, was not comprehensive and did not involve strengthening the military’s posture to be able to respond to an attack, such as the one in Benghazi.

The security review "really was sort of rather cursory and not at all in depth analysis of our global posture," the aide said. "And there is obviously a concern with that."

If confirmed by further investigation, the inaccurate White House statement about preparing for a terrorist attack would be the second misleading official statement.

The president and then-Secretary of State Hillary Clinton put out false statements after the Benghazi attack that the strike was a spontaneous response to an online anti-Islamist video.

The false statements continued for days after the attack despite intelligence showing an al Qaeda-linked Libyan group, Ansar al Sharia, was involved in the attack. 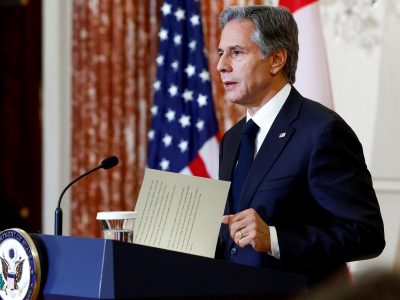