Gen. Joseph L. Votel, commander of the Central Command, disclosed in congressional testimony this week that despite a new U.S. policy of pressuring Pakistan, the Islamabad government is still supporting the Taliban terrorist group in the border region with Afghanistan.

Asked during a Senate Armed Services Committee hearing Tuesday if Pakistan is continuing to back terrorist activity in Afghanistan, Gen. Votel said the U.S. pressure campaign has produced some "positive indicators" of a shift.

However, on the question of continued Pakistani support, Gen. Votel noted: "I cannot tell you that we have seen decisive changes in the areas in which we’re working, but I remain very well-engaged with my partner to ensure that we are moving forward on this." 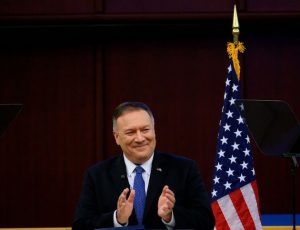