German police arrested three Syrians Thursday on suspicion that they were planning an attack on the city of Düsseldorf on behalf of ISIS, the country’s attorney general’s office said.

ISIS leadership had ordered the jihadists to hit one of city’s main streets with suicide bombings aimed "to kill as many passersby as possible with guns and further explosives," Germany’s top prosecutor said, according to the Wall Street Journal.

The plan fell apart after a fourth Syrian alerted French authorities of the alleged plot on February 1, the prosecutor said. He is currently being held in France. Officials did not detail why Thursday’s arrests arrived more than four months later.

All four Syrians entered Greece through the same migrant route hundreds of thousands of refugees took last year to cross into Europe, the Washington Post reported. Officials said that at least one of the three suspects arrested Thursday came to Germany as a refugee.

The prosecutor said that there were no indications that the men were in advanced stages of implementing the plot. Two of the men were suspected to be members of ISIS while the third was suspected to support the group.

One of the suicide bombers who conspired in the November Paris attacks that killed 130 entered Greece on a fake Syrian passport posing as a refugee. He then traveled the same route asylum seekers have used to make his way into Western Europe.

U.S. Director of National Intelligence James Clapper warned in April that ISIS had terrorist cells in the United Kingdom, Germany, and Italy similar to those used by the jihadists who carried out the attacks in Paris and Brussels.

Officials said Thursday’s arrests were not linked to the European soccer championship in France. 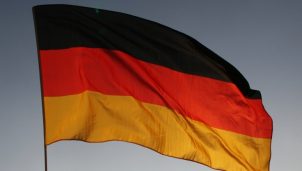 Flight of the Superpower