"Notice it's always a female," Matthews said on his show "Hardball" after showing Republican attacks against Rice.

"OK, Bates Motel," Matthews said in reference to the 1987 movie about a mentally ill man.

Cotton called Rice "Typhoid Mary" while commenting on her denial that she and other Obama administration officials used intelligence for political purposes against the Trump transition team. Rice had reportedly sought on several occasions to identify, or "unmask," the names of Trump associates in intelligence reports, according to Bloomberg.

"Every time something went wrong, she seemed to turn up in the middle of it," Cotton told conservative radio host Hugh Hewitt on Tuesday.

@realDonaldTrump will await apology from media now that revealed that Susan Rice unmasked names. Orange jumpsuit in her size?

There is currently no evidence that Rice engaged in illegal activity.

"I mean, Huckabee has no shame," Matthews said.

Corn later suggested Republicans might be "defaming" Rice because "she's a black woman."

Corn was referring to Rice's role in the Obama administration's messaging on the 2012 terrorist attack on the American diplomatic compound in Benghazi, Libya. Rice had falsely claimed on several news networks that the attack was prompted by an anti-Muslim YouTube video.

It was later revealed that the assault on the consulate was a planned and coordinated attack by extremists unrelated to a video.

The State Department reaffirmed in June that an anti-Islamic video did not motivate the attack, and a report produced last year by the House Select Committee on Benghazi showed the Obama administration believed the attack was a planned terrorist assault before Rice made her comments on television. 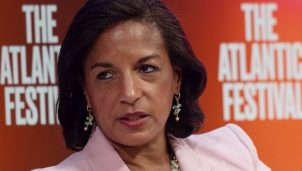 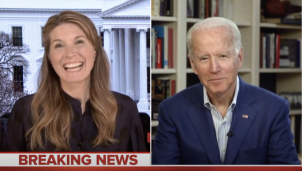 Media Take It Easy on Biden