Carney: Accuses Rosen Of ‘Creating an Exchange for Fox’

When Fox News’ National Security Correspondent James Rosen pressed White House Press Secretary Jay Carney on the issue of Benghazi and specifically, the United States’ poor posturing of troops in the Mediterranean, Carney responded by blaming Congressional Republicans for "turning this into a partisan issue", and accusing Rosen of "creating an exchange here for Fox".

Rosen replied that he did not ask the question for Fox but for the record, and continued to press Carney on whether troops could have been better postured in the region. Carney repeatedly blamed the death of Ambassador Stevens and three other Americans on a lack of the facility’s security, and, when asked about Susan Rice’s talking points, walked away from the podium saying, "I think we’re done here James."

Q: Jay, thanks very much. I wanted to ask about a completely different subject. The House Armed Services Subcommittee on Oversight and Investigation, as you may know, last week held its ninth hearing on the subject of Benghazi. Seven of them have been classified, as was last week's, where the witness was the chairman of the Joint Chiefs of Staff, General Dempsey. I know that you have covered the particular subject matter before in this briefing room, but it has resurfaced in a fresh context as — receiving fresh scrutiny from these House Armed Services Committee investigators, and therefore I thought it would be fair to give you another chance to address it. They accept the White House's conclusion that no military rescue or response could possibly have been achieved in Benghazi that night because the posturing of U.S. military assets around the world was so poor on that night. And this has —

Q: Well, that is their conclusion. And this has led them to refocus their attention on a press release that your office issued on September 10, the day before the attacks. It was very brief. It was four sentences. But it essentially stated that the president, on that day, September 10, 2011, had met with key national security principals to assure that as the eve of the 11th anniversary of 9/11 approached, steps were being taken to assure the protection of U.S. personnel and assets. It alluded further to meetings that John Brennan at that time had held.

The House investigators have determined that General Carter Ham, the combatant commander with jurisdiction over Libya, was not consulted as part of those sessions. I wonder if you could tell us more about what those meetings entailed, who the participants were, how closely vetted that — or thoroughly vetted that press release was and whether the White House might be willing to make available either to congressional investigators and/or to the public the emails, the memos and other sort of paperwork that was associated with the development of that press release.

MR. CARNEY: James, the president of the United States, as did his predecessor, received a briefing from his national security team, principals of that team, on the eve of the anniversary of 9/11 on the actions that were being taken both here in the homeland and around the world in preparation for potential threats. If your question is, was the preparation for — or was there adequate security at the diplomatic facility in Benghazi to protect the Americans there, the answer is categorically no. As the president said after the attack in Benghazi. Which is why he said he would make sure that his administration did everything it could to bring those to justice who killed four Americans. And he endorsed the effort undertaken by former Secretary Clinton to set up an independent accountability review board to investigate the situation, both before, during and after the Benghazi attacks, with a particular focus on the question of security. And they found problems with security and made a series of recommendations that Secretary Clinton and her successor, Secretary Kerry, have addressed in full. Every single one of them.

So I — I'm not sure I understand the question focused on a press release, which I think I probably also discussed here, as I think my predecessors of both administrations — (chuckles) — have done, which is that because of the nature of the anniversary, there are preparations made in anticipation of potential threats.

But it is clear, because four Americans died on that day, that there was not adequate security. And that was revealed in the Accountability Review Board. It was revealed in the testimony at 13 congressional hearings that this administration has participated in, with 40 staff briefings and 25,000 pages of documents.

Efforts by that committee that you mentioned, I believe it's that committee, to denigrate the credibility of the Accountability Review Board were rejected quite powerfully by the independent inspector general, who said that there were no signs of bias in the Accountability Review Board, a board which, by the way, was headed up by former Chairman of the Joint Chiefs Admiral Mullen and one of the most admired diplomats who served presidents of both parties, Ambassador Pickering.

The president remains committed to ensuring that every step is taken that we can take, the administration and with Congress, to enhance the security of our personnel serving overseas, recognizing that by serving their country, they of course are in some places and in some cases putting themselves at risk. He is committed to doing everything that we can as a country and a government to bring to justice those who are responsible for the deaths of four Americans. And those are the issues that he believes are most important.

Q: (Inaudible) — your reply to me focused on the work of the ARB, which as a statutory issue does not have jurisdiction over military posture and deployment.

And your answer to me also emphasized the question of security in the consulate itself. But the piece of Benghazi over which the House Armed Services Subcommittee that I'm talking about does have jurisdiction is not with respect to the ARB's work or with respect to the DS facilities on site of Benghazi. It is with respect to the posturing of the military in a volatile time around the world, which as we now know from retrospect was so poor as to make rescue and remedy impossible.

MR. CARNEY: The "poor" statement is a reflection of an assessment made by Republicans who have, as you know, attempted unfortunately to make this a partisan issue.

MR. CARNEY: And I would simply say, when it comes to — and I know that we're creating an exchange here for Fox and I'm mindful of that, but allow me to suggest that questions about the posturing of defense forces are usually better addressed at the Pentagon.

Q: My question to you, Jay, is, first of all, what we're engaged in here is not for Fox. It's for the record. And the fact that the posturing was such that it made remedy or rescue in that situation impossible is not a conclusion solely of the House Armed Services Committee or Republicans; it's a self-evident fact.

So all I'm trying to ask you is, with respect to these meetings that the president had the key national security principals the day before those attacks, how is it possible that you can maintain that adequate steps were taken vis-a-vis force posture by the commander in chief and his aides when, in fact, the posture is now universally acknowledged to have been such that it made remedy or rescue impossible?

MR. CARNEY: Again, James, I think I said very clearly that there was not adequate security to protect those four Americans. And the president has been absolutely clear and forthright about that, as have the numerous investigators who have looked into this, including of course the Accountability Review Board.

I think when it comes to how the U.S. military positions its assets, again that is a question best answered by the Department of Defense and by commanders. But you get no argument here from the suggestion that there was not adequate security there. That is self- evident, as you said.

And the — the administration's cooperation with investigations here has been exhaustive. It includes, obviously, the full cooperation with the Accountability Review Board, whose credibility has, unfortunately, despite the stature and independence of those who were in charge of it, been questioned by partisans on Capitol Hill.

And I think that this reflects, unfortunately, the kind of, you know, partisan gamesmanship that so frustrates the American people, when we need to be focused on making sure that adequate security is provided at our diplomatic facilities around the world so that our personnel serving abroad are protected, making sure that the intelligence and resources that we can apply are being applied to bring to justice those who are responsible for the deaths of four Americans, and making sure that we continue to provide the resources necessary to our military and the rest of our national security apparatus to allow it to keep us safe.

And, you know, that's what this president's committed to. And that's reflected in everything he does and says about this issue. I think —

Q: Would he be willing to make any of those documents associated with that press release available, as he did with the Susan Rice talking points? 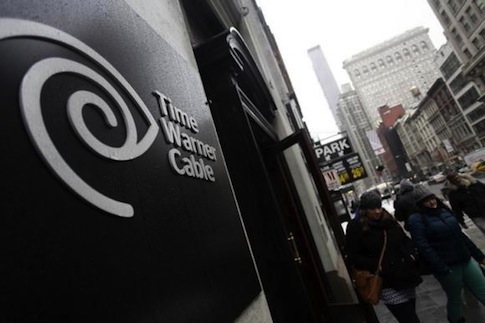 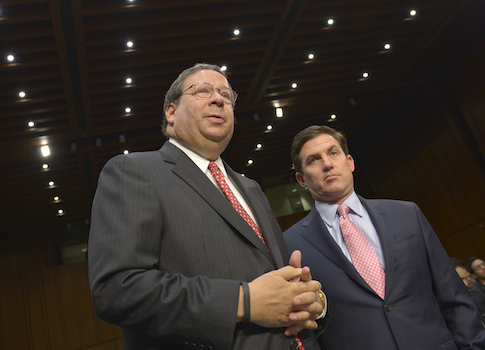