Massachusetts Senate candidates are staking out positions on whether Boston Marathon bombing suspect Dzhokhar Tsarnaev should be tried as an enemy combatant after the White House announced its controversial decision to prosecute Tsarnaev as a civilian today.

GOP Senate candidate Gabriel Gomez, a former Navy SEAL, challenged his opponents to label Tsarnaev an "enemy combatant" on Saturday and reiterated his stance to the Washington Free Beacon today.

"I believe the Boston terrorist should have been held as an enemy combatant," Gomez said. "We need all relevant national security information before he lawyers up."

State Rep. Daniel Winslow, who is also vying for the GOP nomination, told the Free Beacon that Tsarnaev should be classified as an enemy combatant if he is linked to a foreign terrorist organization.

"If there is a link between [Tsarnaev] and al Qaeda or the Taliban or a foreign government or group then he should be classified as an enemy combatant," Winslow said in a statement. "If there is no link between him and those groups then legally he cannot be categorized as an enemy combatant and should be tried through the U.S. court system, just as was done after the Oklahoma City bombing by Timothy McVeigh. Either way he should receive the death penalty upon conviction."

Winslow added that he supports the decision by law enforcement to withhold Tsarnaev’s Miranda rights under the public safety exception.

"Only after the FBI, who heads the [High-Value Detainee Interrogation group], is satisfied that they have extracted all necessary information to ensure public safety should this suspect be read his Miranda rights," Winslow said.

Republican candidate Michael Sullivan, the former acting director of the Bureau of Alcohol, Tobacco, Firearms, and Explosives and U.S. attorney, supported designating Tsarnaev as an enemy combatant and added that his U.S. citizenship should be revoked.

"I call upon the U.S. attorney for the District of Massachusetts to institute proceedings for the purpose of revoking the citizenship of Dzhokhar Tsarnaev on the grounds that the naturalization was procured either by concealment of a material fact or by willful misrepresentation," Sullivan said in a statement on April 20.

Sullivan also agreed with the decision by law enforcement to waive Tsarnaev’s Miranda rights under the public safety exception.

"I think absolutely, considering the events on Patriot's Day in terms of explosive devices, the fact that they uncovered other explosive material and devices, certainly public safety has got to be law enforcement's greatest concern," Sullivan told CNN’s Jake Tapper on April 20. "And Miranda allows a public safety exception, so you try to get as much information in order to protect the public from potential devices being out there and, or whether or not there's other members of the cell out there planning similar events."

The two Democratic primary candidates, Reps. Ed Markey and Stephen Lynch, have yet to weigh in on whether Tsarnaev should have been declared an enemy combatant and whether they agree with the decision not to Mirandize him. Representatives for Markey and Lynch did not return requests for comment.

Both Markey and Lynch opposed the Military Commissions Act of 2006, which authorized trial by military commissions for enemy combatants. Markey cosponsored the Habeas Corpus Restoration Act of 2007, which sought to extend legal rights to enemy combatants detained by the U.S.

The White House said today that Tsarnaev would be prosecuted as a civilian.

"He will not be treated as an enemy combatant," said White House spokesman Jay Carney. "We will prosecute this terrorist through our civilian system of justice. Under U.S. law, United States citizens cannot be tried in military commissions."

Former Republican Sen. Scott Brown’s assertion that the "Underwear Bomber" Umar Farouk Abdulmutallab should be tried as an enemy combatant helped him gain an edge in his race against Attorney General Martha Coakley in the 2010 Massachusetts special Senate election.

"That incident involving a United States bound flight and the underwear bomber did become an issue in the race," said Eric Fehrnstrom, a general consultant for the Brown campaign from 2009 to 2010. "Martha Coakley was slow to respond to it, and then endorsed treating [Abdulmutallab] as an ordinary criminal defendant. Scott Brown took a much more aggressive posture and was insistent … that this bomber be treated as an enemy combatant."

Fehrnstrom, who currently works for a Super PAC that supports Gomez, said the Boston Marathon bombing "completely transforms the race for the Senate by bringing national security and homeland defense to the forefront."

"It’s going to increase participation in the special election, both the primary and the general," Fehrnstrom said. "I think people are going to be scrutinizing the candidates very carefully on homeland security and national defense issues." 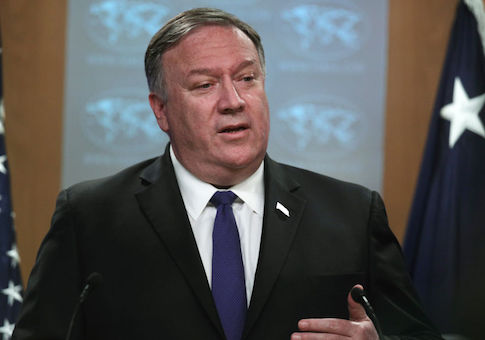