Republican isolationists could find themselves under fire in the 2016 primaries from John Bolton’s Super PAC, as the hawkish former United Nations ambassador ramps up his effort to elevate national security as a top GOP policy issue.

Bolton told the Washington Free Beacon that he is considering targeting incumbent isolationists in Republican primaries through his BoltonPAC, although he has not yet made a final decision.

"I have not made any decisions one way or the other on active campaigns against any incumbents," Bolton said in an interview on Friday. "That would be an important decision—I haven’t made it yet. I think it’s important to show candidates and incumbents that a strong national security posture is something that is favorably viewed, broadly."

"It’s part of what I think will be a long-term effort to get national security back in the center of the overall political debate," said Bolton. "The more people who are elected who understand you have to be able to defend the country before you can turn to more traditionally domestic issues, that simply moves the weight of the whole debate."

Bolton said he is open to running for president in 2016 but has not yet made a final decision.

"I don’t really have a timetable. I’m doing the due diligence," he said. "I’ve got to make decisions about the viability of the candidacy overall, because if I run I would not run as a single-issue candidate. I would run a 360-degree campaign."

The former ambassador has already made the trek to early primary states New Hampshire and Iowa. He was in South Carolina on Saturday, where he spoke at the National Security Action Summit alongside potential 2016 contenders Sen. Ted Cruz, former Sen. Rick Santorum, and Gov. Bobby Jindal.

Bolton has taken aim at both President Obama and Hillary Clinton for their foreign policy positions.

He said if Obama decides to bypass Congress and go to the UN Security Council for ratification on an Iranian nuclear deal, it would be "a terrible signal that legitimizes the Ayatollahs and their terrorist regime. But it’s not going to stop the United States, under a real president, from doing what we need to do."

"I think as a matter of protecting American sovereignty, in the sense of our own independent decision-making, this is a bad idea," he said. "But politically, I welcome it. I say bring it on. Let’s have this debate. Let’s see where all the Republican candidates stand on it, let’s have every one of them speak on it."

Bolton also said he would have signed an open letter to Iran’s Supreme Leader, drafted by Sen. Tom Cotton (R., Ark.) and signed by 47 Republican senators, which warned the regime that a future president and Congress could rescind the nuclear deal at any time.

The letter has come under criticism from Democrats who claim it undermines the White House and could violate the 1799 Logan Act.

Bolton dismissed the controversy over the letter as "the same kind of distraction as over the invitation to [Israeli Primate Minister Benjamin] Netanyahu to speak."

"The Logan Act is a nonstarter, and if they prosecuted everybody who violated it half of Congress would be in jail by now," he said. 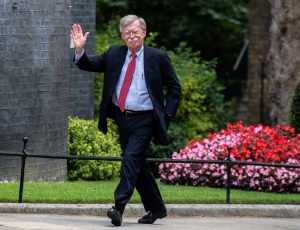 Media: Save Us Bolton, You’re Our Only Hope 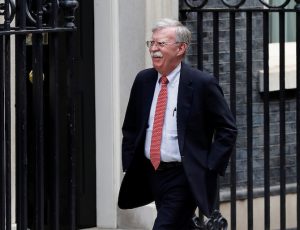 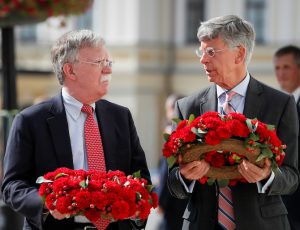