Ash Carter: US Won’t Hold Back From ‘Direct Action on the Ground’ Against Islamic State

Defense Secretary Ash Carter said Tuesday the U.S. would engage in "direct action on the ground" in Iraq and Syria against the Islamic State terrorist organization, signaling a retraction of the Obama administration's earlier pledge to put "no boots on the ground" in those countries.

"We won't hold back from supporting capable partners in opportunistic attacks against ISIL, or conducting such missions directly whether by strikes from the air or direct action on the ground," Carter said during testimony before the Senate Armed Services Committee.

Carter and Pentagon officials initially refused to characterize the rescue operation as U.S. boots on the ground. However, Carter said last week that the military expects "more raids of this kind" and that the rescue mission "represents a continuation of our advise and assist mission."

This may mean some American soldiers "will be in harm's way, no question about it," Carter said last week.

After months of denying that U.S. troops would be in any combat role in Iraq, Carter late last week in a response to a question posed by NBC News, also acknowledged that the situation U.S. soldiers found themselves in during the raid in Hawija was combat.

"This is combat and things are complicated," Carter said.

White House Press Secretary Eric Schultz was quoted in the report as saying the White House had "no intention of long-term ground combat." 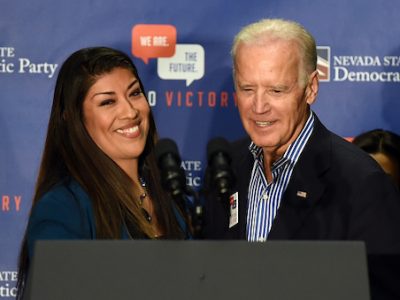 Female Politician Speaks Out On Biden’s Unwanted Touching: ‘He Made Me Feel Uneasy, Gross’