The al Qaeda terror group's chief bomb maker has published a blueprint for new attacks on U.S. transportation systems, including planes, trains, and boats, which the terror group views as "prime targets," according to a copy of a lengthy manifesto that provides a guide for would-be terrorists to launch attacks.

While al Qaeda's operations have been weakened by years of U.S. attacks on its key locations and apparatus, it has increasingly relied on promulgating its radical ideology to so-called "lone wolfs" who are not officially affiliated with the group but who are capable of carrying out terror attacks without detection by American authorities. 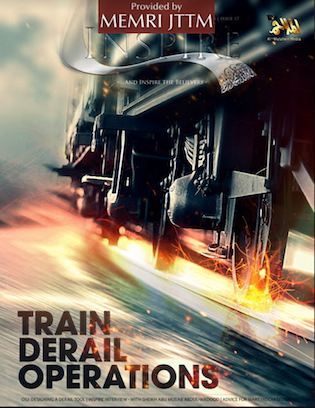 The shift to lone-wolf attacks highlights al Qaeda's continued influence and brand strength among jihadists following the rise of splinter groups such as ISIS. Al Qaeda is still a primary source of concern for the U.S. intelligence community, which continues to see the group as a central threat against American safety.

Al-Asiri emphasizes in his manifesto, published in the latest issue of al Qaeda's chief propaganda organ Inspire Magazine, that lone jihadists could easily carry out terror attacks on bustling locales, such as airports and train stations.

"We will be focusing on targeting means of transportation," the terror leader writes in the English-language article, which was first highlighted by the Middle East Media Research Institute. "We will explain more on this, which is part of the general policy of targeting the ring of security in the chain."

Trains are of particular significance to this plan, especially freight trains that carry a range of key consumer products. 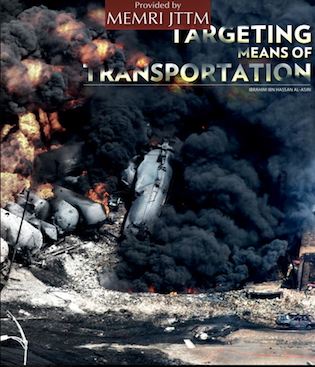 The al Qaeda leader urges potential terrorists to focus on three key areas: The trains themselves, the routes they follow, and stations they might stop at.

Due to the difficulty in policing and monitoring these areas, they are viewed as a prime target to cause the most mayhem. An attack would not only disrupt the U.S. economy, but foster panic in the American population and drain many resources, according to the blueprint.

"Some transport companies may get into bankruptcy if targeted regularly and are unable to secure themselves, this will make people seize using such a company for their transportation needs," according to the article. "These are the most important consequences that may accompany these kind of operations."

Attacks of this nature can be carried out on a small budget and cause significant amounts of damage and death, which is of particular interest to al Qaeda.

"With little resources, it is possible to achieve great results, this is, if the operations is well executed and planned," according to the blueprint article. "The results of these kind of operations are disastrous to the economy, especially if they occur regularly."

"It is difficult for the authorities to secure all security loopholes in these operations," the terror leader states. "The ability to use different kinds of weapons, and ways to subdue the enemy according to the conditions and circumstances at hand."

The article ends with al Qaeda's traditional call to violence against America and its Western allies.

"Target America, by Allah they are in a great predicament," the article states. "We should continue to focus our efforts against it until the world gets rid of this international system led by America, and until Muslims enjoy freedom to practice their faith, freedom to apply the Laws of Allah and until Muslims secure themselves, wealth and resources from the hands of America."