The word "Harambee" means "an event held to raise funds for a charitable purpose."

It was a tragic irony, then, that an innocent gorilla by the same name received such uncharitable treatment.

The story of Harambe, the Western lowland gorilla, is a somber and unjust one. He tried to save a child but was instead met with a firing squad.

He tragically lost his life on May 28, 2016, for trying to rescue a three-year-old boy who fell into his housing enclosure at the Cincinnati Zoo and Botanical Garden in Ohio.

The boy had wandered off from his mother and climbed over a three-foot-tall fence. He then crawled through bushes and fell 15 feet into a moat of the enclosure.

Harambe approached him and tried to keep him company until he was shot by zoo officials. Reports following the incident said that the zoo had no other choice but to kill Harambe because they could not anticipate what the animal would do to the child.

Then, video footage showed that his final moments were spent holding hands with the three-year-old boy.

This caused a social firestorm to erupt on the internet. 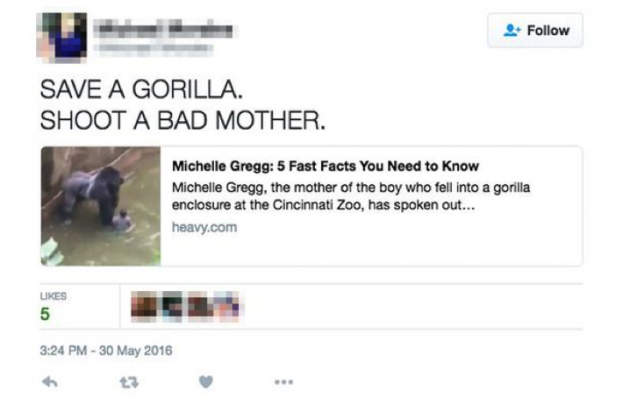 People turned on the Cincinnati Zoo as well: 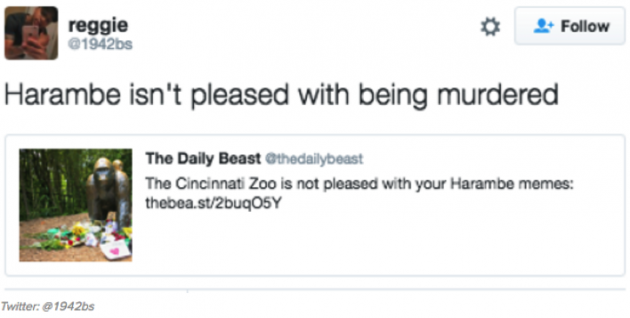 The death of this American treasure has inspired songs, artwork, a legacy brand, and a game named after the gorilla, which showcases him being able to fight against other characters from Capcom.

As if these options weren't enough to show support for the national #RIPHarambe movement, now the world can grieve with the only way millennials know how: a new emoji. The Washington Free Beacon knows a better way to mourn, however: by honoring the ape with a Man of the Year trophy.