'The impossible is always possible if you believe it is'

Democrat Marc Lasry, the billionaire owner of the Milwaukee Bucks whose alleged ties to the Russian mob scuttled his chances of being named U.S. ambassador to France under former president Barack Obama, resigned as chairman of Ozy Media on Thursday.

The announcement came less than 48 hours after Lasry defended the company in a statement to the New York Times, which had exposed an apparent effort by Ozy executives to commit fraud by impersonating a YouTube executive in a meeting with potential investors at Goldman Sachs. "The board was made aware of the incident, and we fully support the way it was handled," Lasry said of Ozy's claim that the alleged fraud attempt was the result of an executive experiencing a "mental health crisis."

The billionaire hedge fund titan quickly changed his tune, suggesting that Ozy "requires experience in areas like crisis management and investigations, where I do not have particular expertise." He remains an investor in the company, along with Laurene Powell Jobs, the billionaire Apple widow.

Months earlier, Lasry appeared as a guest on The Carlos Watson Show, hosted by Ozy cofounder and CEO Carlos Watson on the company's much-vaunted YouTube channel. The billionaire and longtime Democratic fundraiser will presumably miss the opportunity to participate in such softball interviews.

In addition to prompting Lasry to brag about his financial success and urging him to promote his 33-year-old son's candidacy for U.S. Senate in Wisconsin, the tenacious Watson also asked Lasry difficult questions about ping pong, "dreaming fearlessly," and sexual compatibility. "There's two types of women in this world, there's your emotional soulmate and there's your sexual soulmate," Lasry revealed.

They also discussed how to overcome failure. Lasry's rapid departure from the dubious venture is in keeping with his own advice. "I quickly learned, don't dwell on [mistakes] because if you do it will just eat you up," he told Watson. Ozy is shaping up to be Lasry's worst investment decision since the 2016 Hillary Clinton campaign.

Powell Jobs is also no stranger to failure in the media sector. The Atlantic laid off nearly 20 percent of its staff and cut executive salaries in 2020, less than a year after Powell Jobs paid more than $100 million for a majority stake in the magazine. She has also funneled money to ACRONYM, a liberal media company that operates Courier Newsroom, a collection of websites that publishes what critics have described as "partisan propaganda" disguised as local news. 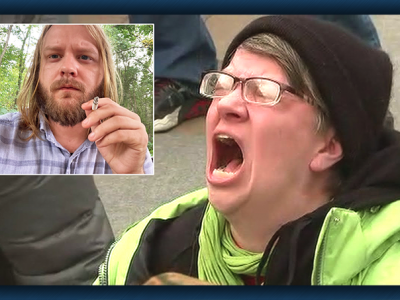