STUARTS DRAFT, Va.—A group of Virginia environmentalists protesting a proposed pipeline by walking along its route to highlight the natural habitat the pipeline would put in "danger of irreversible destruction" failed to notice they crossed an already existing pipeline that is having no impact on nature.

The group, Walking The Line, is in the midst of a "one hundred and fifty mile pilgrimage into the beating heart of Virginia" that highlights "the rivers, forests, mountains, farms and homes that are in danger of irreversible destruction" if the Atlantic Coast Pipeline is approved, according to its website. One walker told a local reporter she was walking to "appreciate the landscape the pipeline route is proposed to cross through, unsure if it would still be the same if the Atlantic Coast Pipeline is approved and built there."

It is unlikely, however, that the proposed pipeline would have any lasting impact on the landscape, according to an on-site Washington Free Beacon analysis.

Virginia, widely considered to be one of the most beautiful states in the country, already has over 2,000 miles of natural gas pipelines running beneath the ground. One of them—the 20-inch Columbia Gas pipeline—was transporting natural gas right beneath the feet of the protesters as they walked through Stuarts Draft, Virginia.

Video captured of the environmentalists on their walk appears to indicate the group crossed across the gas line without noticing the bright yellow markers that are placed at regular intervals along its route.

It was determined during a July 2 visit to Stuarts Draft that the markers were in plain sight and not difficult to spot. 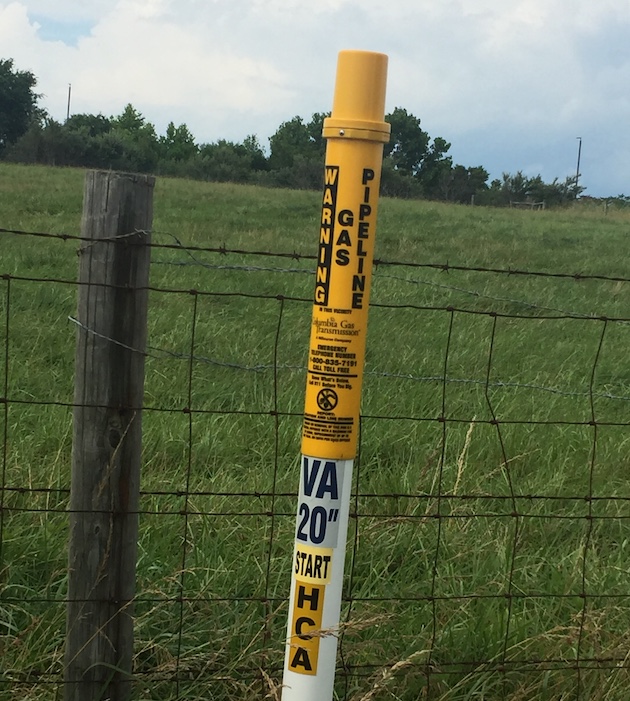 It was also determined that the local habitat surrounding the pipeline is thriving.

The rivers, forests, mountains, farms, and homes in the area surrounding the pipeline appeared to be in fine condition, with corn fields sprawling as far as the eye could see. 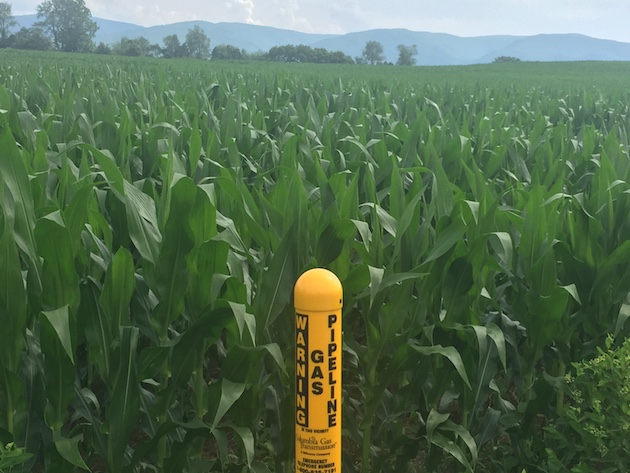 Walking the Line recently began the second leg of its journey, according to its website. The group intends to walk through southern Virginia into North Carolina, camping along the way.