The Washington Post on Monday published a profile of billionaire hedge fund manager Tom Steyer that explored his transition from investor in massive fossil fuel projects to politically potent environmentalist.

The story offers previously unreported details on Steyer’s sizable investments through Farallon Capital—the hedge fund he founded and ran for more than 25 years—in coal power and other carbon-intensive projects.

As Steyer has pushed an agenda driven primarily by opposition to the popular Keystone XL pipeline, which would carry "oil sands" crude from northwestern Canada to refineries and export terminals on the Gulf coast, critics have pointed out that Farallon’s energy investments swelled global carbon emissions far more than Keystone, or any oil pipeline project, likely will.

The Post story on that disconnect reveals five key takeaways. 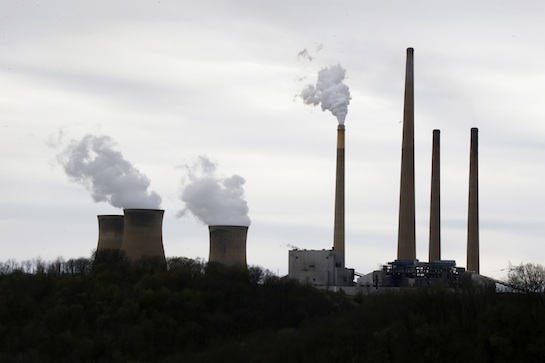 Steyer spokeswoman Heather Wong told the Post that he had directed Farallon to divest his holdings from all coal and oil sands projects last year. She said that his portfolio "will be free of all fossil-fuel firms," including all oil and natural gas companies, "by the end of this month."

Neither Steyer nor his staff would provide the Post with documentation detailing the new guidelines for his Farallon portfolio.

If Wong’s characterization is accurate, Steyer is still profiting off of fossil fuel activity that many environmentalists, including the man who recruited Steyer into the movement and acts as his political adviser, insist is worsening global climate change.

2. Steyer was recruited and is still advised by one of the country’s most radical environmentalists. 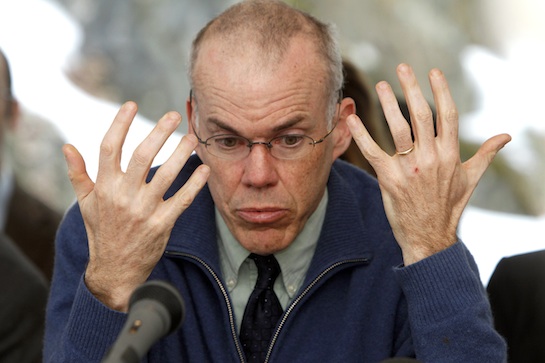 The Post reports that Steyer’s foray into the U.S. political arena began during an Adirondack hike with Middlebury University professor and environmental activist Bill McKibben.

McKibben is one of the country’s leading critics of hydraulic fracturing, an innovative oil and gas extraction technique that has unlocked massive reserves of carbon-based energy and economically revitalized areas of the country that sit above large shale formations.

Like Steyer, McKibben vehemently opposes the Keystone pipeline. However, unlike many on the left, including leading Obama administration regulators, he has suggested that fracking should be banned outright.

McKibben and other anti-fracking environmentalists say the relatively low emissions of natural gas-fired power is negated by methane emissions at the site of gas extraction. McKibben says the practice is "a huge worry for global warming reasons."

That claim relies on a handful of studies that have found high "fugitive" methane leaks at fracking sites. Most studies, including those on which Obama’s Environmental Protection Agency has based its position, have found that fracked natural gas produces significantly fewer emissions than coal power.

At the onset of his political crusade, Steyer signaled that he would be more amenable to fracked natural gas as a "bridge fuel" that could supply the power necessary to reduce disruptions from a total phase-out of coal, since renewables such as wind and solar cannot make up that shortfall.

Steyer even helped finance a University of Texas study that supported that position.

However, he has signaled more recently that he is closer to McKibben’s position on the issue. Steyer lieutenant Chris Lehane recently suggested that NextGen Climate Action, his political group, may push an anti-fracking message in Colorado, where Rep. Jared Polis (D., Colo.), has said he will use his personal fortune to push for anti-fracking measures on the ballot in November.

3. Steyer’s divestment from natural gas suggests he sees it as part of the problem 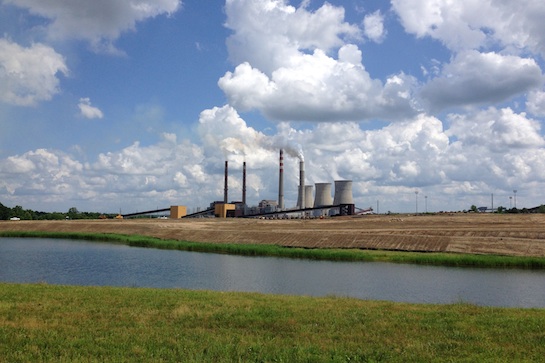 To the extent that Steyer’s position on fracking is ambiguous, his new portfolio approach at Farallon offers some insight.

"Tom publicly identified coal and tar sands as those are the fossil fuels that are having a specific impact on climate and where the battle for our kids is being fought — he then expanded his divestment at the beginning of this year because he felt it was simply the right thing to do," Wong told the Post.

Those expanded divestment orders include natural gas companies, Wong said, suggesting that he sees the fuel as part of the problem, not simply as a "bridge fuel" to help wean the nation off of coal-fired power. 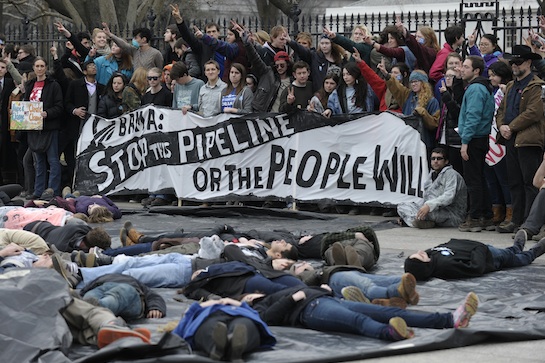 "I think he understood the logic of the Keystone fight right away — that it was crucial in its own right and also a way to draw a line in the sand," McKibben told the Post.

According to the U.S. State Department, the Obama administration’s decision on the Keystone pipeline will have a negligible impact on carbon emissions—let alone global climate—since the oil will be extracted, exported, refined, and burned whether or not the pipeline is built.

McKibben sees opposition to the project as a cause around which a demoralized environmentalist movement can rally, and his success in blocking it is as much about scoring a political victory as it is about helping the planet.

Steyer is apparently of the same mind.

5. Steyer said environmentalist anger at Farallon was a wake-up call, but he continued investing in carbon-intensive fuels 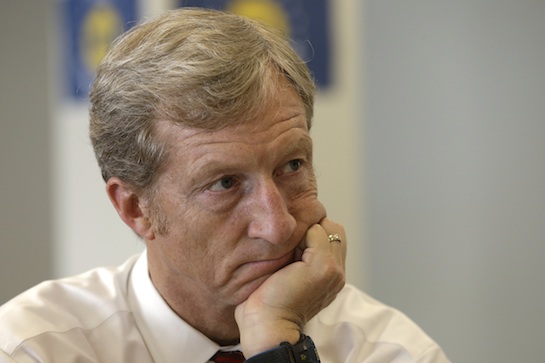 Ten years ago a number of students at Yale University, Steyer’s alma mater, and other colleges protested university endowments that included stakes in Farallon and demanded that their schools divest from those holdings.

The students targeted Farallon for its extensive investments in coal and other carbon-intensive fuels, and for what they described as illegal or socially irresponsible investment practices by the hedge fund.

"The protests embarrassed Steyer and his wife, Kat Taylor, who were major donors to Democratic causes," the Post reported. "They began to wonder if, and when, they might bring their business interests in line with their values."

However, Farallon continued investing in the types of projects to which the students had objected. By the time Steyer hiked with McKibben, "Farallon, still led at the time by Steyer, had just invested in a company seeking to extract oil" crude from Canadian oil sands, the Post noted.