Republicans are no longer the minority at the National Labor Relations Board after the Senate confirmed Marvin Kaplan on Wednesday.

The Senate voted 50-48 to approve Kaplan nomination to serve as on the agency's top board, which oversees workplace disputes, unfair labor practices, and union elections. Kaplan, who has served as the chief counsel of the Occupational Safety and Health Review Commission since 2015 after working for the house oversight and workforce committees, will shift the dynamic of the agency's top board.

Democrats hold a 2-1 majority on the board with President Obama's Republican appointee Philip Miscimarra serving as acting-board chairman. Kaplan's appointment means that Republicans can hold majorities on three-member panels that handle most of the agency's day-to-day caseload.

The NLRB issued a number of controversial decisions during the Obama administration that advanced the interests of organized labor. It overturned decades of precedent to allow for the creation of "micro-unions" inside of workplaces and held parent corporations liable for labor violations committed by subcontractors or franchisees—changes that labor groups had backed in the past. The agency also drastically increased the timeline for union elections, which many critics have said leaves employers with little time to make their case to workers.

Kaplan's confirmation is unlikely to reverse any of those major board decisions until the Senate confirms President Trump's other appointee, William Emanuel, a management-side labor lawyer at Littler Mendolson and member of the conservative Federalist Society. Major decisions and other "novel" cases that could affect precedent are decided by the full board, which could result in a 2-2 deadlock between the Republicans and President Obama's Democratic appointees.

Kaplan ran into stiff opposition from union groups, which criticized his record as a congressional staffer. AFL-CIO President Richard Trumka criticized his nomination following his July confirmation hearing, saying in a statement that he "has never practiced labor law, and his experience comes from crafting legislation for politicians to rig the rules against working people." Democrats made a last ditch effort to block the nomination on Wednesday morning when all 48 of their members voted against moving the nomination to a final up-or-down vote.

Kaplan's appointment was praised by business groups and labor watchdogs, who said that he would help restore balance to the board. Trey Kovacs, a labor policy expert at the pro-free market Competitive Enterprise Institute, said that the confirmation put the agency " one step closer to being able to take up desperately needed reform."

"The NLRB has put out job-killing decisions and regulations that favor the interests of organized labor over individual workers and job creators," he said in a statement.

Cicely Simpson, executive vice president at the National Restaurant Association applauded the confirmation and called on the Senate to also give Emanuel an up-or-down vote.

"Marvin Kaplan will help to restore fairness to the National Labor Relations Board on issues directly impacting restaurants, including joint employment liability," she said in a statement. "We urge a swift vote on William Emanuel’s nomination to fully staff the NLRB."

Emanuel was nominated to the board on June 28, 9 days after Trump tapped Kaplan for the post. The Senate has not yet decided when it will hold a vote on that nomination.

A Month After Getting Trump Official Fired, Bloomberg Apologizes For Hit Piece 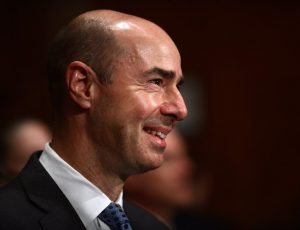 Labor Department Employee Reinstated After Being Falsely Accused of Anti-Semitism 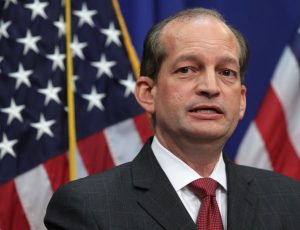 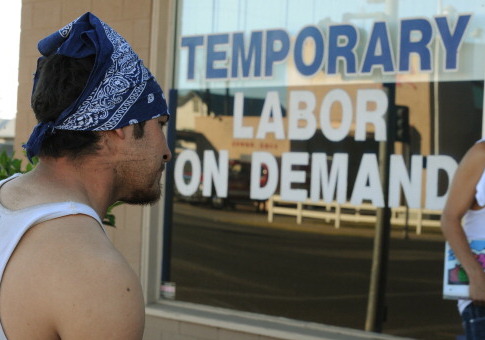 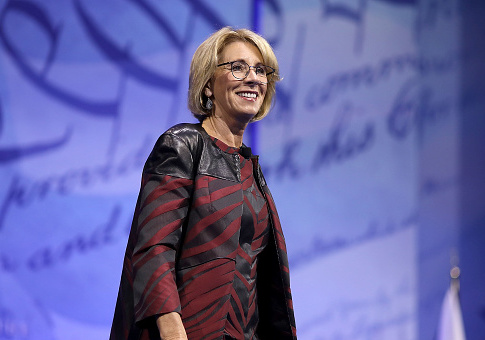