The Center for Responsible Lending (CRL) brought on David Silberman, the former acting deputy director of the bureau, as a senior adviser in early February. While at the CFPB, Silberman repeatedly solicited advice from the progressive group when writing regulations and filling senior CFPB jobs, internal emails reveal. He had a particularly close relationship with CRL president Michael Calhoun.

Silberman was the CFPB's associate director for research, markets, and regulations starting in 2011 and was acting deputy director of the entire agency from 2016 to 2017. CRL's decision is the most recent example of the revolving door between CRL and CFPB, a friendly relationship that has given the progressive group outsized clout in the agency. Conservatives have frequently criticized CFPB as an unaccountable, left-leaning regulator that uses government power to push a partisan agenda.

CRL is one of many progressive groups pushing for new regulations on the payday loan industry. Such groups criticize payday loans—which often go toward covering living expenses or emergency expenditures—as exploitative because high interest rates can send poor people into debt spirals and bankruptcy. When surveyed in 2016, 94 percent of payday loan borrowers said taking out the loans can be a "sensible decision" during financial emergencies. Some of CRL's recommended policies funneled business into the Self-Help Credit Union, an affiliate of CRL, by urging federal regulators like CFPB to quash competitors in the short-term loan business.

CFPB adopted some of CRL's policy recommendations—such as the ability-to-repay provision that requires lenders to certify that the borrowers can repay the loan and meet living expenses—in its final rules released in 2017. The agency planned to implement the rules in 2019, but the new CFPB director appointed by President Donald Trump temporarily shelved those plans.

When the CFPB was starting to consider regulations on payday loans, Silberman attended an exclusive CRL briefing for CFPB staffers about payday loans in August 2013, according to the emails. The briefing discussed a CRL report that sharply criticized the payday loans as a "debt treadmill" and recommended severe restrictions on the industry.

Silberman soon started to actively consult CRL about payday loan regulation, meeting often with Calhoun. He met with the CRL president so frequently that he once complained of "withdrawal pains" when he could not schedule a meeting for three weeks. On another occasion, he wrote about "need[ing] a Calhoun fix."

"I'm lonely," Silberman wrote to Calhoun in a 2015 email. "Do you have time to get together next week? No specific agenda items but always good to talk."

The most overt example of collaboration between the duo took place in April 2014, when Silberman asked Calhoun to send him an outline about payday loans. Calhoun replied minutes later in an email with the outline, asking Silberman to "feel free to improve it!"

Neither CRL nor the Self-Help Credit Union responded to requests for comment. CFPB also did not respond to a request for comment.

The internal emails were first obtained via a Freedom of Information Act request filed by the Community Financial Services Association, a payday loan industry trade group.

Silberman also helped an alumna of a CRL affiliate get a job in the senior leadership of the agency. When CFPB was looking for a new assistant director of financial education, Silberman asked Calhoun if he had "anyone you want to throw into the mix" for consideration in March 2014. Calhoun responded by recommending Janneke Ratcliffe, a former employee of the Self-Help Credit Union.

CFPB ultimately hired Ratcliffe for the job, which she still holds. The position is listed as one of the agency's senior leadership positions.

Silberman and Ratcliffe are not the only people to work for both CRL and CFPB. Leslie Parrish, a senior CRL researcher from 2005 until 2011, worked for CFPB between 2011 and 2013. She returned to CRL in 2013, then in 2015 took on another job at CFPB, where she stayed until 2018. Will Corbett, CRL's litigation director, was senior counsel for CFPB until 2018.

Conservative critics of the CFPB have frequently zeroed in on the autonomy of the agency's director, whom the president cannot fire without cause. The Supreme Court heard oral arguments about the issue on Tuesday and will soon decide whether the agency director's independence is an unconstitutional encroachment on the president's authority. 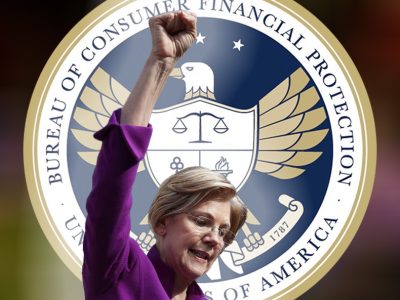 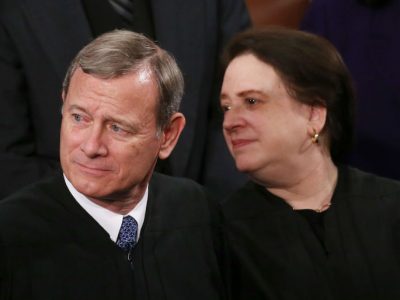 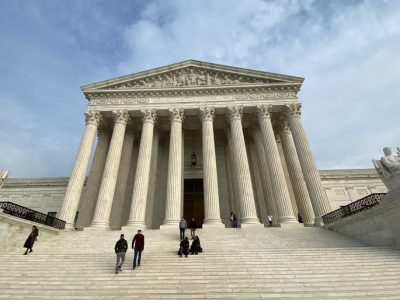