Calls for greater access to drugs not fully approved by FDA

The Republican Party platform committee adopted language on Monday supporting terminally ill patients’ access to drugs that have not been fully approved by the Food and Drug Administration.

"We commend those states that have passed Right to Try legislation, allowing terminally ill patients the right to try investigational medicines not yet approved by the FDA. We urge Congress to pass similar legislation, giving all Americans with terminal illnesses the right to try," read the language adopted yesterday.

The amendment to the Republican platform was proposed by state Sen. Eric Brakey of Maine, who also sponsored the Right to Try bill in his state.

So far 31 states have adopted such laws, and they have been introduced in 18 other states. Bills pending in the House and Senate would prohibit interference by federal agencies in the state-passed laws.

For 7-year-old Jordan McLinn from Indiana, whose life expectancy is only 20 years because he has the deadly disease Duchenne muscular dystrophy, access to experimental drugs is the difference between life and death.

Jordan’s mother Laura, in a phone interview with the Washington Free Beacon, described him as a "very happy boy," but he is currently "in the decline phase." She said he is falling a lot and has a great deal of fatigue.

"We don’t have time," said McLinn, adding that "it’s hard as a parent to watch" her son decline knowing there is a drug that could help him. "It’s not okay."

The platform adopted by the Republicans is a "step forward for patients to control their own destiny," McLinn said.

For years, according to McLinn, the FDA has not acted to accelerate approval of a drug that has shown promise in treating patients with Duchenne muscular dystrophy. The FDA’s final decision could come within days, she said.

"If the FDA says no, we’ll have to push for Jordan’s Right to Try," McLinn said. 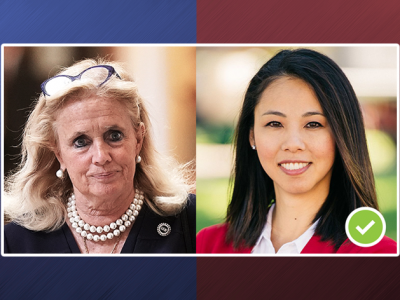