'They're available even to very average criminals'

After a recent spat of terrorist attacks in the European Union, many are grappling with one question: Why didn't Europe's strict gun control keep guns out of the hands of dangerous extremists? Restrictions and outright bans on firearms have not prevented terrorists and criminals alike from obtaining them, the Washington Post reported.

In contrast with the free-firing United States, Europe is generally seen as a haven from serious gun violence. Here in Denmark, handguns and semiautomatic rifles are all but banned. Hunting rifles are legally available only to those with squeaky-clean backgrounds who have passed a rigorous exam covering everything from gun safety to the mating habits of Denmark’s wildlife.

"There’s a book about 1,000 pages thick," said Tonni Rigby, owner of one of only two licensed firearms dealers in Copenhagen. "You have to know all of it."

But if you want an illicit assault rifle, such as the one used by a 22-year-old to rake a Copenhagen café with 28 bullets on Saturday, all it takes are a few connections and some cash.

"It’s very easy to get such a weapon," said Hans Jorgen Bonnichsen, a former operations director for the Danish security service P.E.T. "It’s not only a problem for Denmark. It’s a problem for all of Europe."

The weapons are so widely available that at least one European Union official says even average criminals can find them.

"You can find Kalashnikovs for sale near the train station in Brussels," acknowledged a Brussels-based European Union official who spoke on the condition of anonymity because he was not authorized to speak on the record. "They’re available even to very average criminals."

In the case of the Paris attackers, they were able to obtain an entire arsenal: AK-47 assault rifles, pistols, a Skorpion submachine gun and even a rocket-propelled grenade launcher. All of it was purchased in Brussels for about $5,000, according to Belgian media reports.

A European Commission study estimated there were more than 65 million illegal guns available in Europe.

Even assessing the scale of the problem has proven too difficult for Europe. A comprehensive European Commission study released last year cited an estimate of 67 million illicit firearms across the continent. But it also noted the total was probably overstated and concluded that "no accurate quantification of the problem is feasible." 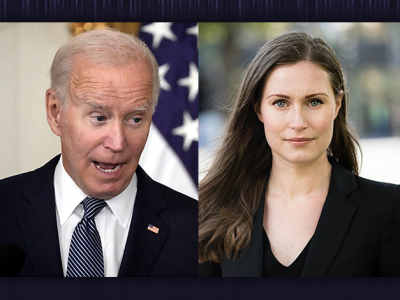 Heads of State, Head to Head: America vs. Finland