Dem Governor Ends Interview After He is Asked About Obamacare Failures

Gov. Kitzhaber responded: "Well, I knew about the problems in late October."

Lake revealed to KATU viewers that ten months before, former Rep. Patrick Sheehan (R-OR) sent an email to the Governor in an attempt to persuade him to take "…dramatic action…" to "….change the course of the project…" Sheehan served on the Legislative Oversight Committee for the project. He also advised that Carolyn Lawson should be "terminate[d]."

Lawson was in charge of developing the website, but resigned suddenly last month. Sheehan wrote that Lawson was unfairly favoring Oracle as the only software company capable of building the CoverOregon website. Other companies were also capable, Sheehan added.

Lake told Kitzhaber that KATU  had obtained Sheehan’s email to him.

Kitzhaber responded to Lake’s revelation: "It had gone to my office, but I didn’t see it." Immediately after the confrontation, Kitzhaber’s spokesman intervened to end Lake from questioning Kitzhaber further, which stopped after two minutes more. Kitzhaber got up and walked out of the interview.

His spokesman later told Lake that he interjected during the interview to keep the Governor on schedule. 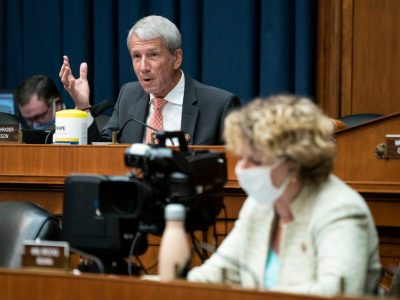