Valerie Jarrett Claims Cuomo Worried Her in 2014. She’s Praised Him For Years On Twitter.

Top Obama adviser Valerie Jarrett claims she raised concerns about Gov. Andrew Cuomo's (D., N.Y.) efforts to influence a federal investigation in 2014. In the years since that encounter, she couldn't stop praising him.

Jarrett told the New Yorker‘s Ronan Farrow in a report published Tuesday that Cuomo called her in April 2014 to complain about then-U.S. attorney Preet Bharara, who was investigating Cuomo's shuttering of an investigation into public corruption at the New York state house. Jarrett said that while Cuomo did not explicitly ask her to shut down the probe, she was so alarmed by his ranting that she reported it to White House lawyers, who deemed the call "highly inappropriate."

A Justice Department official said that Cuomo was "trying to exert political pressure" on the investigation, according to the New Yorker. Cuomo resigned as governor on Tuesday after the New York attorney general found he sexually harassed 11 women.

Jarrett repeatedly praised Cuomo in the years since the phone call. She compared him favorably last year with President Donald Trump and urged other governors to follow Cuomo's lead in the response to coronavirus.

"Any one else think @NYGovCuomo is behaving a lot more presidential than the president?" Jarrett wrote.

Jarrett also hailed Cuomo in 2015 and 2016 for his support for legislation on paid leave, LGBT rights, and criminal justice reform.

Jarrett's about-face comes as many of Cuomo's associates are scrambling to preserve their reputations in the wake of the New York attorney general's investigation of the governor's sexual misconduct. Alphonso David, a former aide to Cuomo and president of the Human Rights Campaign, called on Cuomo to resign over the attorney general's findings. David himself helped Cuomo's advisers discredit one of Cuomo's accusers.

Jarrett serves on the board of Time's Up, another organization implicated in the attorney general's report.

The founders of Time's Up, Roberta Kaplan and Tina Tchen, advised Cuomo's team about an op-ed Cuomo wrote to discredit one of his accusers, Lindsey Boylan. Kaplan resigned from Time's Up on Monday. Tchen, who is another longtime Obama confidante, remains president of the organization. Time's Up, like the Human Rights Campaign, has also called on Cuomo to leave office.

According to the New Yorker, the Obama White House notified Bharara, the federal prosecutor, about Cuomo's pressure campaign. While Bharara ended the investigation into Cuomo's office in January 2016 without charges, he said that Cuomo behaved improperly.

"Andrew Cuomo has no qualms, while he's under investigation by the sitting U.S. Attorney for the Southern District of New York, trying to call the White House to call me off," Bharara told the New Yorker. "Trump did that. That's an extraordinary thing, from my perspective." 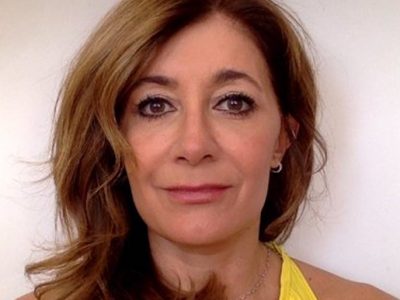