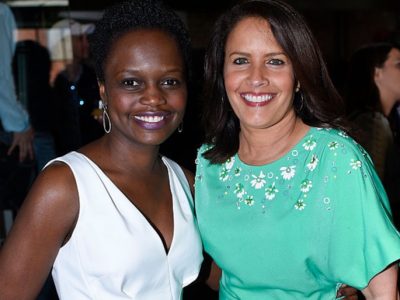 Democratic congresswoman Marie Newman (Ill.) acknowledged in court that she promised a six-figure job to a would-be political rival—an apparent bribe that may violate federal law.

Newman's taxpayer-funded attorneys conceded to a federal judge that the Democrat promised a top job in her office to a local Palestinian activist, which he said aimed to keep him from running in a 2020 primary, legal filings obtained by the Washington Free Beacon show. The admission came after the activist, Iymen Chehade, sued Newman for breach of contract when the Democrat did not follow through with the job offer.

While the pair reached a settlement in late June that led to the suit's dismissal, the development does not end Newman's potential legal woes. Both federal law and House rules prohibit candidates from promising a job to gain political support, and congressional investigators could now use facts from the civil case against Newman, Foundation for Accountability and Civic Trust executive director Kendra Arnold said.

"Civil liability and government ethics and criminal liability are two completely separate things. The civil court case is between her and the other individual," Arnold, who filed an ethics complaint against Newman in May, told the Free Beacon. "Whether they resolve their personal differences has nothing to do with the ethics case and her issues with the federal government. The facts in the civil case show the ethics concerns are significant."

The Newman campaign acknowledged the settlement in a statement to the Free Beacon.

"Congresswoman Newman and Chehade have resolved their dispute and the lawsuits have been dismissed by agreement," the campaign said. The spokesman did not respond to additional questions about the ethics complaint.

The contract between Newman and Chehade promised the activist a senior role in Newman's congressional office should she be elected. The role did not require Chehade to "maintain specific hours at the office," despite paying a $140,000 salary. The contract also gave Chehade "complete discretion about the selection and employment termination of staff members under his supervision."

"Chehade foreseeably relied on this promise by refraining from running for office, and he then lost the opportunity … to serve in a congressional position in her office and appoint his own staff," the attorney argued. A Newman campaign spokesman told the Free Beacon in May that Chehade did not receive the job because he "misrepresented his qualifications" and "was ill-suited for a senior role in a congressional office."

Newman narrowly defeated pro-life Democrat Dan Lipinski in a March 2020 primary, in which Chehade did not run. She went on to defeat Republican opponent Mike Fricilone by 13 points in November.

Arnold said she anticipates any ethics investigation into Newman to be drawn out, as "more serious" allegations "usually take longer."

"A lot of that has to do with the investigation at the Office of Congressional Ethics level, because they are seeking to get testimony and other evidence from people," Arnold added. "There are plenty of cases we've had that have taken years."