On run from Taliban, Sami Kazikhani trying to make last leg of trip to Germany as Europe seals borders

Sami Kazikhani, an Afghan interpreter caught up in Europe’s refugee crisis reached Austria over the weekend, bringing him one step closer to safety, according to a former Marine trying to bring him to United States.

Kazikhani, the subject of a recent Free Beacon profile, crossed the Austrian border with his wife and infant daughter on Friday, before making his final push into Germany on Saturday, just as European countries began to close their borders.

"As of Saturday he was doing well. He was finally able to sleep in a comfortable place," former Marine Sgt. Aaron Fleming, who served with Kazikhani, told the Washington Free Beacon. 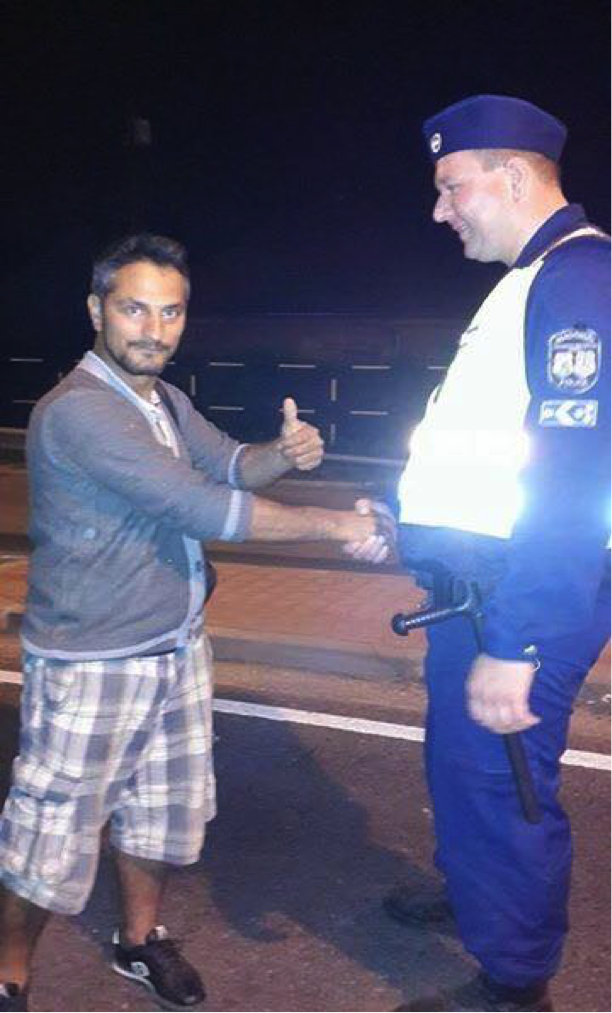 Kazikhani shakes a border guards hands as he reaches Austria from Hungary.

Kazikhani’s current location is unknown. Another former Marine, who spoke on condition of anonymity because of the sensitive nature of his current job, told the Washington Free Beacon that Kazikhani was heading toward the U.S. Embassy, in order to expedite his application for a visa.

"He was in Vienna and he was getting on the transport to Munich. That was about 36 hours ago, so I’m not sure if he got delayed by the border controls. He is proceeding to Frankfurt, which is good because that’s where the consulate is," the former Marine said on Monday morning. "He needs to spend time in Germany to do his visa interviews and do his health stuff to make sure he’s not carrying anything."

Kazikhani began his journey toward Germany the same day the Syrian toddler Aylan Kurdi drowned in the Mediterranean Sea. He fled Afghanistan after his wife’s family threatened to behead him and the Taliban put a bounty on his head because of his service as a Marine translator in 2011 and 2012.

Kazikhani, his wife, Yasmiin, and their 10-month-old daughter Roxanna have spent the past week sleeping on the streets of Athens, Belgrade, and Macedonia. Austria provided some comforts denied to them in other locales overwhelmed by the influx of thousands of migrants and refugees from Syria and other nations in the Middle East and North Africa.

Roxanna sleeps on actual bedding in an Austrian camp. 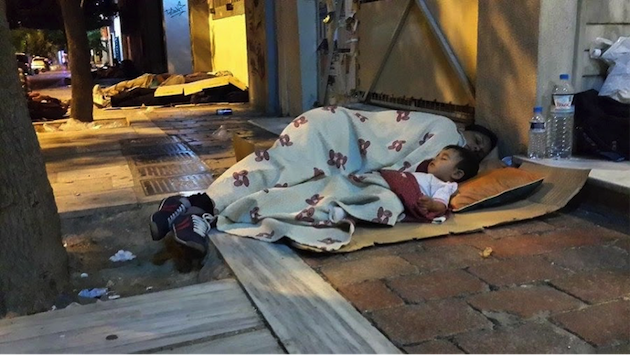 Roxanna sleeps on cardboard on an Athens sidewalk.

Fleming, who medically retired from combat wounds in March, and his wife, Marion, are working to bring Kazikhani home, raising nearly $4,000 from 60 donations via a crowdfunding campaign, as well as an anonymous $5,000 private pledge.

"He will need money in Germany for lodging and meals, and his visa paperwork will run about $1,100. That’s assuming we don’t need an attorney," Fleming said.

The money is being used to help clothe and feed Kazikhani and his family, who have gone days without food during their stays in refugee camps. It will also be needed to cover the expensive and lengthy application process that former interpreters and their families must undergo.

Mohammad Shafiq Hamdam, chairman of the watchdog group Afghan Anti-Corruption Network, spent more than a decade working with coalition forces. Despite his longstanding close ties to coalition forces, he told the Washington Free Beacon that he exhausted nearly $5,000 on the three-year process, even as the Taliban targeted him in six assassination attempts. Many interpreters and their families have died waiting for their applications to go through.

"I have been part of many counter-terrorism and anti-insurgents missions with the US Marines, Army, and Special Forces around Afghanistan. It was not free of risk … many of my fellow interpreters died and were wounded in front-line of combat," Shafiq said in an email. "Death in the combat is an honor because it is for a cause in the war against terror. But recently dozens of Afghan interpreters and their family members have been killed by the Taliban in their home and villages." 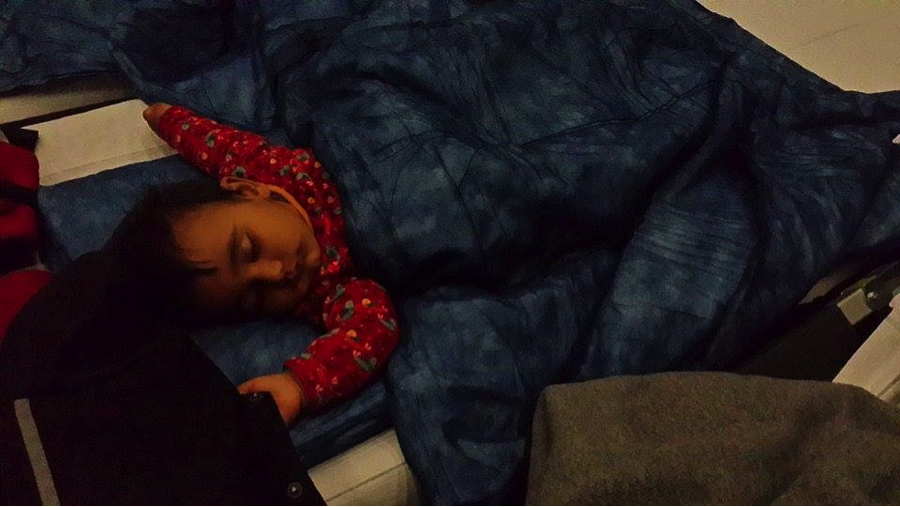 Roxanna sleeps on bedding in an Austrian camp.

Kazikhani was recommended for a special visa by Fleming and his outgoing Marine team in 2012. He never heard back from the Department of State, which does not comment on specific cases. Fleming said that he seeks to right this perceived injustice and bring Kazikhani to live with him in Missouri.

"I just think that it’s very important for us to bring him here," Fleming said. "We as Marines are still going to try to help Sami. Sure, we’re not over there and the war’s drawing down, but this is still an opportunity to do the right thing."

(The Flemings’ crowdfunding campaign is here.)