Review: 'Emblems of the Passing World: Poems after Photographs by August Sander,' by Adam Kirsch

Adam Kirsch is one of our best critics and a gifted poet, but something’s not quite right in his formally accomplished third volume of poems, Emblems of the Passing World. It consists of 46 poems on 46 photographs from August Sander’s People of the Twentieth Century, a collection of 1,800 portraits mostly (but not entirely) from the Weimar Republic in the early 20th century. Sander conceived of the project in 1922, and published an initial 60 images in Face of Our Time in 1929, but he ran afoul of the Nazis in 1936, who took exception to his photographs of gypsies, the handicapped, and the unemployed, among others. Between 25,000 and 30,000 negatives were later destroyed by a fire, and the project remained unfinished at Sander’s death in 1964. The volume was eventually published in seven volumes according to the seven categories Sander had planned for the collection in 2002 with the help of Sander’s grandson.

In his introduction to Emblems, Kirsch writes that the photographs, which are accompanied by short generic descriptions and date, offer "what Robert Lowell called ‘a loophole for the soul’…[a] blank that the imagination of the viewer is compelled to try to fill." In several of the poems, Kirsch's imagination hits the mark. Too often, though, it misses—sometimes wildly.

Because a man with nothing left to sell
Is an abstraction that cannot exist
As long as there’s a purchaser who will
Pay him to be a slave or orifice,
The destitute must play at the charade
Of taking part in the economy
With two-cent matches that he has displayed
In an attempt to claim the dignity
Of the small businessman who would recoil
To pass him on the street and realize
How easily the petty-bourgeois fall
Into the class they’re brought up to despise—
The honest poor whose honesty consists
Of reassuring the uneasy rich
They won’t get angry or vote Communist
As long as someone comes to buy a match. 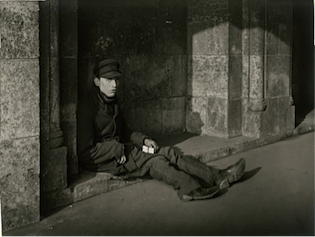 I don’t think it’s possible to use the word "orifice" seriously in a poem today. That misstep aside, stylistically, this is one of the better extended sonnets in the volume—a single sentence of smooth, confident American English, free of the jargon that mars some of the other poems, which offers a simple contrast between the "honest," photographed match-seller and the absent, "uneasy rich."

But that contrast is too simple, of course. It’s true enough that selling small objects or services for alms is a bit of charade, and one that continues today. But is it one that is always imposed on the poor to save the rich’s conscience? Don’t some do it in order to salvage the dignity of work (not playing a role), even if it is the work of "the small businessman" that Kirsch disparages in the poem? Are all poor men honest, all "petty-bourgeois" guilty? Were middle-class people really brought up to "despise" the poor?

Kirsch imagines that selling matches may keep the young, handicapped man in the photo (who has clearly been so from birth) from getting angry or voting Communist, but he already has a look of both suspicion and anger. He is clean and warmly dressed. What sort of life does he live? Does he have a home? A family? He is sitting partly in and partly out of a shadow in 1927—a time in Germany that well-meaning intellectuals were debating whether invalids were fully human and at what point they should be eliminated for the good of society. The contrast of the man’s clear eyes and mangled hand and twisted leg is particularly arresting given this context. 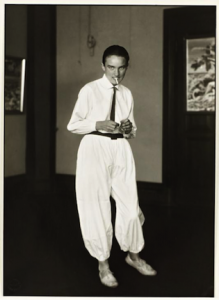 But Kirsch ignores this in favor of a partially true political statement rather than shedding some speculative light on the inner life of a handicapped match-seller.

Unfortunately, this happens too often in the volume. In a poem on a portrait of painter’s wife who has short hair and is dressed like a man in pants, shirt, and tie, he writes that "The womanhood that she denies / Returns in what she can’t disguise, / The lifelong difference between / His seeing and her being seen." At least he didn’t use the word "gaze," as he did in another poem on men and women. The idea here that the difference between men and women is one of power, of subject and object, may be partly true, but it’s not particularly interesting, and it has been so regularly expressed as to be almost a cliché.

Other poems are better. In a portrait of two women in a small town having tea, Kirsch thinks of them, unable to work like "their brothers and their husbands," as "condemned" to live small, enclosed lives. He avoids banality by turning to the room itself, which is characterized as a sort of "haven" as well as a prison: 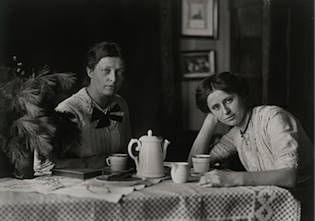 Society once set such rooms aside
As petri dishes for the novelist,
In which the energies of life denied
Were made to decompose and iridesce
Intensely, into visions the past
Glorified as the inner life, until
The windows were thrown open and we lost
The patience or the taste for sitting still.

Kirsch may be right that while the leisure lives of women was idealized, something was also lost when the "windows were thrown open." Still, the terms of this contrast are entirely determined by contemporary thinking on women and vocation. How they might have viewed their lives, attachments, or sense of vocation is not given a thought.

There are times when Kirsch’s ear and insight coalesce. In a poem on a modern clergyman and his wife, he writes: 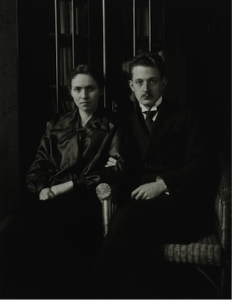 Clergyman and Wife, circa 1929

Like missionaries, they adopt the dress
Of those they’ve been assigned to live among,
The debonair and church-despising young,
Drowning in an unnamable distress,

Who might accept from them what goes unheard
When droned from stuffy pulpits from on high—
The good news that their faces testify
Lives in the never-obsolescent Word.

The repetition of "from" in the second line of the last stanza may be an attempt to recreate the "droning," but it’s not enough and sounds sloppy rather than mimetic. But the sonorous phrases ("debonair and church-despising young," "never-obsolescent Word") are made more powerful by ringing true in the face of the wife, at least.

The best poem in the volume is probably "Farmer Sowing," where Kirsch writes:

Leaders proclaim a government
To last forever,
Then walls collapse and refugees
Come pouring over.

Everything passes; he remains
Casting the seed,
Changeless and inescapable
As human need. 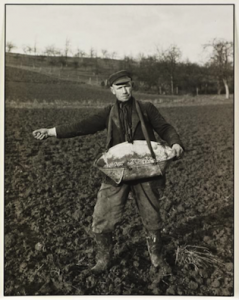 The alternating long and short meter capture the farmer’s arching casting and quick grab of the seeds. The photograph of farmer with arm extended suggests what Kirsch sees in it—an activity that will never cease as long as men live. Such poems show Kirsch’s great talent. Unfortunately, there are too few in the volume.

Another way of describing the problem with the volume is that Kirsch is preoccupied with what Frank O’Hara called (in reference to Charles Olson) "the important utterance" that frequently cannot be supported by either the image or the rest of the poem.

A very good poem on the portrait of a butcher’s apprentice unfortunately ends with Kirsch imagining the apprentice yearning for "a just world where no one had to slay." An elderly farmer’s wife is imagined to look at her husband with "fearful acquiescence" (she’s not). On a portrait of a smiling, 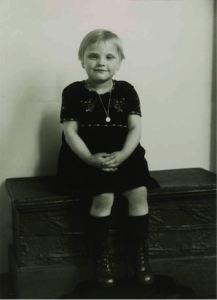 "middle-class child," Kirsch writes that "all her life has been arranged to hide / The possibility of nemesis / And put off the discovery of loss?" The possibility of nemesis? "What justifies the inequality"—that is, the wealth—of a professional couple, Kirsch asks? "Nothing but the use / To which they put prosperity can speak / In their defense." A popular sentiment, no doubt, among New York’s brunch set, but it’s easier said than done.

Writing a good poem on a single photograph or painting is hard enough; 46 is probably impossible. The difficulty is in maintaining enough detachment from the other artist’s point of view to avoid redundancy. Four of Sander’s seven categories are classes of labor, and it may be that Kirsch has allowed Sander’s framing of his own project to blind him to the faces of the people in the photographs, which express much more (and much less) than some subconscious involvement in class struggle.