Chicago Mayor Lori Lightfoot was caught by a hot microphone referring to a top police union official as a "clown" before the official spoke at a city council meeting Wednesday afternoon.

As Patrick Murray, the second vice-president of the Fraternal Order of Police (FOP) for Chicago, was introduced to the city council meeting the mayor whispered to an aide sitting close by, "oh back again."

She then can be heard describing Murray as "this FOP clown."

Murray appeared before the city council to defend four Chicago police officers who were fired over their involvement in the deadly shooting of Laquan McDonald.

The mayor did not specifically back down from her remarks after reporters told her the remarks were caught by a live microphone after the meeting concluded.

"I'm sorry that I said it out loud," Lightfoot told reporters.

Shortly after the remarks circulated the union blasted the mayor for her offhanded quip.

"Mayor Lightfoot's contemptuous remark is a misguided and dangerous thing to say to a 30-year veteran police officer and FOP representative, particularly at a time when the city is facing such chronic violent crime," the union posted on its Facebook page. "It is also telling that the Mayor would not even apologize."

Lightfoot has attempted to mend the relationship between the mayor's office and the police community in the city since she was first elected earlier this year which had cratered under former mayor Rahm Emmanuel's tenure. But her dismissive remarks of the union official could hinder her efforts to negotiate a new contract with the police officer union after Emmanuel failed to do so in his final year as mayor. 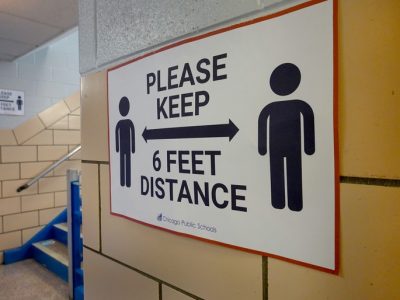 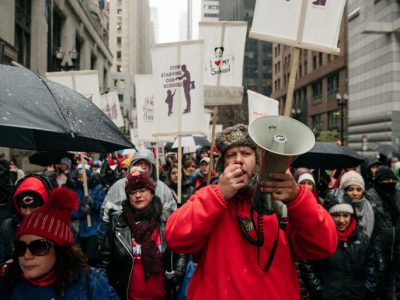 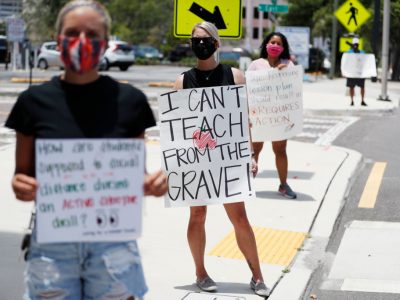