The Sum of All Tears

International business consultant Wendy Sherman was the chief American negotiator of the Joint Comprehensive Plan of Action (JCPOA), the Iran nuclear deal agreed to by President Obama in 2015 and abrogated by President Trump earlier this year. She has a new book out, Not for the Faint of Heart: Lessons in Courage, Power, and Persistence, and in the space of 14 Tweets promoting it the other day she managed to combine basically everything I dislike about Washington.

Twitter threads, for starters. These have proliferated much like WMD under liberal administrations. They no longer serve any useful function. The whole point of Twitter is to be succinct. That's why it's called a "micro-blogging platform." I can see how, even with the 280-character limit, one's thoughts might stretch to two, even three Tweets. A dozen takes things too far. Fourteen? You're trying our patience.

Keeping in mind the subtitle of Not for the Faint of Heart, I persisted. And found more stuff that annoyed me. Like beginning a story by saying, "I want to tell you a story." What if I don't want to listen? Get on with it, in any case. The "I want to tell you" preface isn't only superfluous and self-indulgent. It's a cliché. On Twitter everyone uses it. Grab the reader's attention with an original first sentence, an intriguing anecdote, a funny meme.

What I want to tell you about Wendy's story is that it's embarrassing, both self-pitying and self-congratulatory, and proves exactly the opposite lesson that it intends. The year is 2015. The scene is the Palais Coburg Hotel in Vienna. "I thought I'd be home in short order," Sherman writes. "By day 25 I had barely left the hotel and eaten only 1 meal outside the Coburg." The poor dear! Confined in this shack, this madhouse, this roach motel! It's a wonder she didn't go Jack Torrance on us. 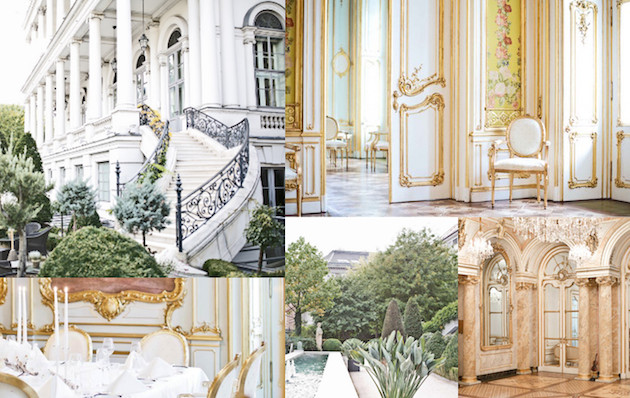 OK maybe not. Still, let us have a moment of silence for Sherman's palate, limited during those days of trial to duckliver with elder, chive, and hazelnut; nuart lamb with chard, cherry, and ginger; breakfasts of free-range eggs with Alpin cheese, chives, and bacon, or bircher muesli with currants. Subsistence must have been difficult. She pressed on.

"Diplomacy can test your patience," Sherman writes. Especially diplomacy when your side—the United States—has already given up its leverage by ditching the economic sanctions the Obama administration reluctantly imposed and, after the failure to enforce the red line in Syria, mooting the threat of military reprisal. "Every time one element of the deal changed, we had to renegotiate within the P5+1 and EU, then go back to the Iranians again." It's almost as if multilateral negotiations are self-limiting and the Iranians can't be trusted. Perish the thought.

"After dinner on the 25th day, I met with Abbas Aragchi, Iran's lead negotiator, with his partner, Majid Takht-Ravanchi to go over one final UN resolution." Aragchi agreed. Then he backtracked. He wanted to reopen a matter previously considered closed. What happened next is the most stunning thing I have ever heard a diplomat reveal.

"I lost it," Sherman continues. "I began to tell [sic], and to my frustration and fury, my eyes began to well up with tears. I told them their tactics jeopardized the entire deal."

The Iranians sat there, "stunned" and "silent," as the representative of the United States of America, the global economic and military superpower, broke down in the middle of a conference room inside a posh hotel in the Austrian capital. "Women are told early in life that it's not socially acceptable to get angry," Sherman laments. "And it's a sign of weakness to let people see you cry." Men are told that too, by the way.

There's a reason. Confidence and decorum are traits of strong leaders. Surrender to one's emotions is a sign of loss of hope and will, of a lack of self-control. You're more likely to get what you want by showing no emotion, by refusing to bend. That is exactly how the Iranians got the deal of their dreams, a nuclear agreement with the United States that legitimized their regime, infused their economy with cash, exempted their military sites from inspection, froze uranium enrichment at levels they were comfortable with, addressed neither ICBMs nor terrorism, and would begin to free them from obligations after 10 years.

"Something in the sincerity of my frustration broke through," Sherman says. "After a long silent moment, Aragchi dismissed his objection." What do you imagine Aragchi and Takht-Ravanchi were thinking? Did these Islamic revolutionaries stroke their chins, lower their eyes, and say to themselves, "When you bring values like authenticity, persistence, and commitment to the negotiating table, both in work and personal life, you are enormously powerful"? That was Wendy's takeaway.

More likely: Aragchi and Takht-Ravanchi were taken aback at this unanticipated, uncharacteristic, and off-the-wall display. Then Araghci probably thought, get me away from this lady. She's lost it. She's conceded most of my demands. She's begging me to work with her to help my economy and preserve my country's nuclear options a decade hence. Save her from further shame. The wine bar is still open.

What's striking is that Sherman considers her account an example of "the art of the deal." If so, what is the lesson? To have a fit when negotiations reach an impasse? For that matter, what is the "deal"? Sherman lauds an agreement that is no longer operative. The JCPOA is gone, a relic. President Trump withdrew the United States from the arrangement. Consequently, Iran's economy is collapsing and the regime faces internal protests. Trump never had to set foot in the Palais Coburg.

Contrary to popular belief, especially in the Beltway, power is not a function of "values like authenticity, persistence, and commitment." It is a function of resources and fighting spirit. This is something the liberals within the Obama administration well understood with regard to their domestic opponents. If only they had held the same attitude toward America's foreign adversaries.