7 Books Every Conservative Should Read

Column: Book recommendations for students of all ages

I spent some time this summer with high school and college students, teaching courses in the foundations of liberalism and in the intellectual history of postwar American conservatism. It was great fun. The classes were lively, welcoming, and intellectually curious, and taking a break from the 2016 election was nothing less than a joy. I used to think that when I got drummed out of Washington I’d drive a taxi. Not anymore.

One question I kept receiving, from the high school kids in particular, was what books I’d recommend to them. In response I would stumble through a list of my favorite authors, mentioning titles I had read recently or semi-recently. Later, as I thought about the question some more, I realized that there exists no ready-made canon, no three or four volumes I could instantly pass along to a young person interested in conservatism. (I’ll let liberals speak for themselves.)

Certainly there are classics: Richard Weaver’s Ideas Have Consequences, Whittaker Chambers’s Witness, Russell Kirk’s Conservative Mind, Leo Strauss’s Natural Right and History. All of them are worth reading, but maybe not right away. Witness and The Conservative Mind are both long, and Ideas Have Consequences and Natural Right and History are both difficult.

There is also the question of relevance. Twenty year olds in particular may find it difficult to accept the notion that our contemporary dilemmas can be traced to William of Ockham, as Weaver argues, or to Machiavelli, as Strauss teaches. In class I found it difficult to convey to Americans born after the Soviet Union had disappeared the extent of the threat Chambers describes in Witness. Certainly many readers dismiss outright Kirk’s celebration of John C. Calhoun.

I keep track of books recommended by thinkers I admire. Irving Kristol told employees to study the essays of W.H. Auden as well as Shakespeare’s Sonnets. Charles Krauthammer points to three books: John Stuart Mill’s On Liberty, Isaiah Berlin’s Liberty, and a volume of Borges’ collected fiction. Bill Kristol’s Conversations often end with the host asking his guests for the titles most important to them. But why should they have all the fun? Here are seven books I’d recommend to anyone interested in history, political thought, conservatism, and writing. 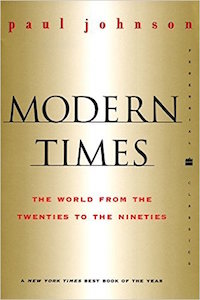 Modern Times. Paul Johnson’s history of the twentieth century is epic, but don’t be intimidated. His prose moves at an incredible velocity, and the story he tells is engrossing. I’ve found that students leave high school with the most tenuous of grasps on history, and the history they do learn tends to be from Howard Zinn. Johnson is a corrective. What’s more important is that he’s opinionated, compelling, and often witty. 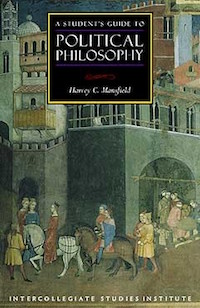 A Student’s Guide to Political Philosophy. This is by far the shortest and most accessible of Harvey Mansfield’s books, and a fantastic introduction to political thought from Socrates to Nietzsche. Each thinker is introduced pithily, and there are many suggestions for further study. You can read this book in an afternoon, but will spend a lifetime contemplating the questions it raises. 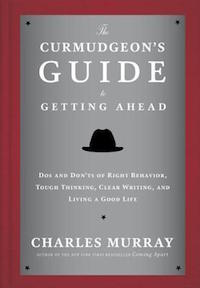 The Curmudgeon’s Guide to Getting Ahead. Charles Murray wrote this 144-page brief for good manners and clear writing in 2014, but its advice is timeless. It should be assigned to entry-level employees across the land, and a quiz should be proctored to ensure that they have read and comprehended it. 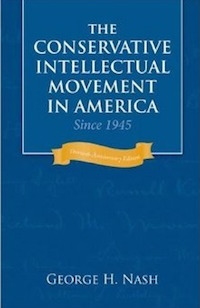 The Conservative Intellectual Movement in America Since 1945. George H. Nash’s history is indispensable for anyone interested in learning more about libertarians, traditionalists, anti-Communists, William F. Buckley Jr. and National Review, the debate between freedom and virtue, and the original neoconservatives. The book’s only weakness is that it ends in 1974. Nash has written on the path the conservative intellectual movement took in the years since, but not with the same level of detail and analysis he brought to the first edition. Who will write the sequel? 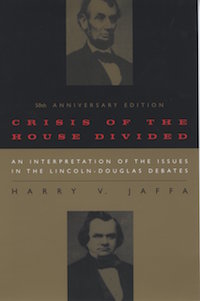 Crisis of the House Divided. I didn’t read Harry Jaffa’s masterwork until 2011, but once I started I couldn’t put it down. Crisis will change the way you think about Abraham Lincoln, about democracy, about politics, about the relation of theory to practice. 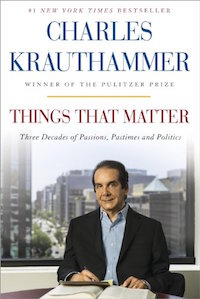 Things That Matter. I wrote about Charles Krauthammer’s bestselling collection when it was published in 2013. I confess I am surprised when I encounter a college student interested in politics or journalism who has not read it. Read carefully, this book not only teaches you how to write. It teaches you how to think.

Will This Do? Subtitled The First 50 Years of Auberon Waugh, this memoir of the English journalist, son of Evelyn, is easily one of the funniest books I have ever read. It’s also written in a classic British prose style whose sentences should be diagrammed on dry-erase boards beginning in the seventh grade. Will This Do? also offers a glimpse into the lunatic world of British journalism. If you want more—and I see no legitimate reason you would not—try Scoop by Auberon’s dad.

I’m sure I’m leaving something out, many things in fact, and I know you will tell me what I missed. In any case, the books mentioned here ought to spur inquisitive minds to further reflection and study. And maybe they will also inspire the next generation of conservative thinkers to resolve the dilemmas in which the current generation finds itself. Can’t blame me for hoping.