The University of Michigan announced it would no longer use local police to enforce coronavirus regulations after students complained that the practice ran afoul of widespread anti-police protests.

In a tweet on Sunday, the university said it would "adjust" its Michigan Ambassador program, which sends groups of two or three students, staff, campus security officers, and Ann Arbor police to patrol campus and ensure students are wearing masks and social distancing. Now, campus security and local police will not walk alongside the students, but instead be available in situations where the ambassadors’ safety could be at risk.

The change follows a series of complaints from students who opposed the school's use of police following a summer of racial justice and anti-police protests. Junior Nithya Arun said employing law enforcement on campus was "a bad idea," given current conversations on the use of police force.

The program, which launched on Aug. 20, received backlash for using police force and for not effectively enforcing health and safety measures. Junior Bushra Hassan told the Michigan Daily the group would be ineffective because "students can’t force students to do anything."

University president Mark Schlissel said the Michigan Ambassadors group was not created to push police presence on campus, but rather, to remind students to wear masks and abide by other guidelines so that the school could proceed with in-person class. The university also created a hotline for students to report concerns, which spokeswoman Kim Broekhuizen said was designed to "reduce the need for law enforcement" on campus.

The group began patrolling campus daily from noon until midnight on Aug. 20, and as of Sunday, will now patrol Thursday through Saturday for the remainder of the semester.

Published under: Police, University of Michigan 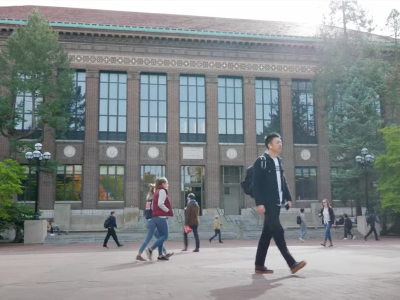 Police Negotiating With Man With Possible Explosives Near U.S. Capitol