The Jaguars Pool Deck Has Changed My Life Forever

The Jacksonville Jaguars are one of the worst teams in the National Football League. But, unlike the miserable Oakland Raiders, the Jags have found a unique way to boost stadium attendance: A swimming pool. With girls.

EverBank Field now features two swimming pools plus party cabanas—known collectively as the Clevelander Deck—offering spectacular views of the game for $250 entry. As Mike Bianchi of the Orlando Sentinel observes, "There was a time when EverBank Field was known for the tarps that covered all the empty seats, but those embarrassing symbols of fan apathy have been removed and replaced by pools, lounges, and restaurants." 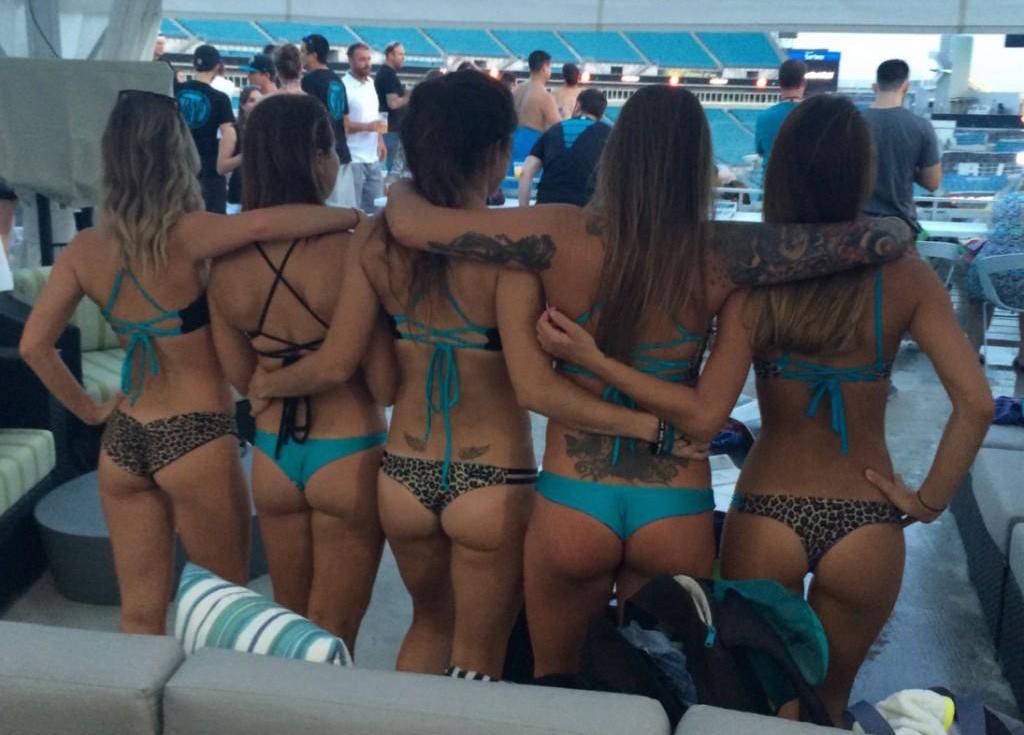 Bianchi asks, "What could possibly be better than going to a football game and then watching a pool party break out all around you?" I can’t think of anything. While reporting, Bianchi spent his time with a bikini-clad Jaguars fan named Aja (pronounced Asia).

But will Aja—no Aja Minor she—still be there when you show up with your college buddies? If not, your idea of fantasy football would become a game with not enough tight ends and way too much man coverage and loose balls. 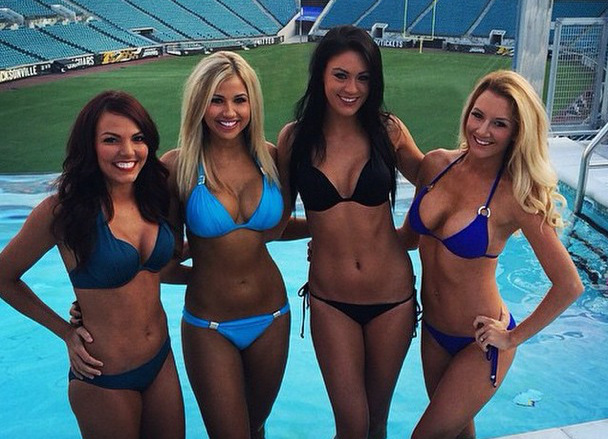 I'm not one for public pools. A few years ago, attending a bachelor party in Miami, I found myself on a rooftop pool deck enjoying the view. A friend recognized an adult film star who later went into the pool and became intimate with another hotel guest. I knew I made the right decision to avoid the pool.

Still, it's nice to imagine the possibilities. Floating blissfully, sipping a pina colada, surrounded by bikinis, and seeing more than your share of muffed punts—there are worse ways to spend a Sunday.

The tweets from the Clevelander Deck suggest everyone's having a great time. Just watch out for the encroachments, pump fakes, and illegal formations—after all, this isn't the Sapphire Pool & Day Club.

Victorino Matus is a senior editor at The Weekly Standard and author of Vodka: How a Colorless, Odorless, Flavorless Spirit Conquered America.